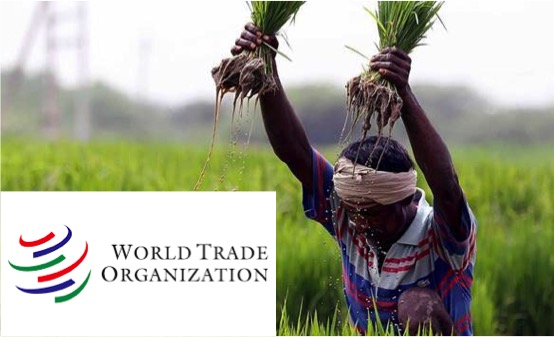 India’s farm subsidy policies came under the scanner at the World Trade Organization (WTO) during the country’s trade policy review (TPR), with members such as Canada, the US and Australia complaining that India has not declared its agriculture export subsidies for more than eight years, while Brazil held that India’s longstanding support measures for sugar have suppressed global prices by up to 25%.

Summarizing members’ concerns against India’s farm subsidy policies, WTO chairperson Harald Aspelund said the high level of government intervention in the agriculture sector was a sore point for members. “Members recognized the importance of the sector in supporting livelihoods and food security; however, they urged India to reform its agricultural policies that continued to be based on significant levels of domestic and export support for key crops, including through subsidies for certain crops such as sugar, and to inputs,” he added.

India’s quadrennial TPR was released in January by the WTO, but the minutes of the discussions were released last week.

The US argued that the government programme to purchase food products from farmers at minimum support prices distorts domestic market prices and incentivizes over-production of products such as rice and wheat.

“As a result, India’s agricultural trade policy continues to disservice consumers and producers in India,” it added.

The US also asked India to explain why it had not submitted its agri export subsidies (Table ES:1) notification to the committee on agriculture in more than eight years, with its most recent notification covering a marketing year that is more than a decade ago. “We ask India to fulfil its transparency obligations in this area and notify future relevant measures and regulations in a timely manner,” it added.

While praising India’s recent record of WTO notifications, Canada also expressed concern over the lack of transparency in India’s agri export subsidies. “One area where we encourage India to do further work is concerning its agriculture export subsidies (ES:1) notifications where its last notification was for 2009,” it added.

Australia in its intervention said it remains concerned about India’s trade-distorting agricultural policies making global markets less predictable and more unstable. “India’s domestic support for sugarcane and its export subsidies for sugar are of particular concern to Australia, which is why Australia has joined Brazil and Guatemala in initiating a dispute to challenge those measures,” it added.

Brazil also regretted that India’s domestic agriculture reforms did not include the sugar sector. “India’s longstanding support measures for sugar and sugarcane are suppressing global prices by up to 25% and cause losses of around $1.3 billion per year. Brazil is the world’s largest sugar exporter, so these measures are specially damaging to Brazilian producers,” it added.

India in its response to the WTO members over the concerns raised said the support given is largely to small and marginal farmers, and is in accordance with India’s commitments at the WTO.