Unproductive cattle abandoned in scores in Hyderabad and around 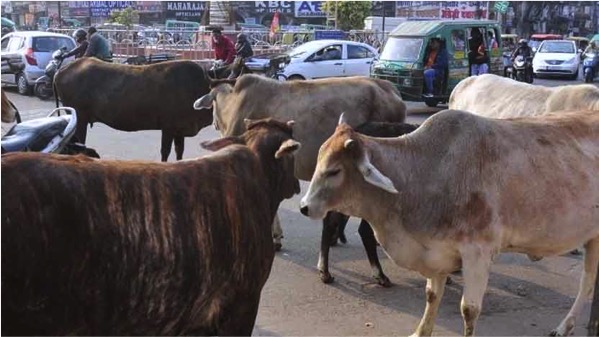 Dairy farmers in the city who are unable to take of unproductive cows are letting them loose on road. The hapless animals roam and often have to vie with ferocious street dogs to seek scraps and domestic garbage. “Around 40 injured cattles were rescued by our NGO last year and this year we have so far rescued many injured cattle.

Once we rescue them, we shift them to various goshalas. Now-a-days, we see many cattle wander on main roads,” says V Pradeep, president of Animal Warriors Conservation Society. “For the past several years I have been working with traffic officials and GHMC officials for rescuing cattle. Some cattle owners are using the cattle only for milk purpose and leaving them to fend for food during the rest of the day.

This is witnessed especially on stretches along the outer ring road. Whenever we receive a call regarding injured cattle, then we immediately rush to the spot and rescue the cattle and shift them to the Goshalas. Last year, we rescued more than 100 cattle and a few were handed back over to owners and around 50 were shifted to Goshalas,” said Hema Bandela, an animal activist from Shaikpet.