Transgenders in Thoothukudi get their Dairy cooperative in Tamil Nadu 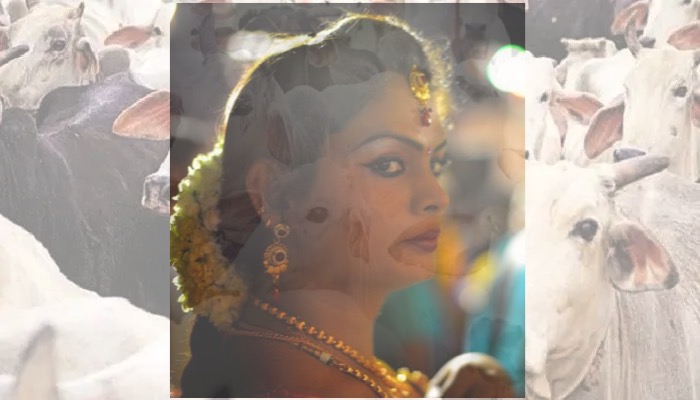 The year was 1949. Dr. V Kurien took the helm of a nondescript milk cooperative society into his hands. The rest, as they say, is history. Cut to 2020, 70 years after the White Revolution that elevated India as the largest producer of milk in the world, a silent but substantial revolution has been heralded by the Thoothukudi Collector, Sandeep Nanduri.

In one go, the Collector has ensured that a community pushed to the fringes is mainstreamed all the while uplifting their financial status. It’s not without reason that the 30 transgenders that now have a home to call their own have christened their colony Sandeep Nagar.

At Manthithoppu in Kovilpatti, the community’s 30 disparate solar-powered greenhouses were woven into a cooperative society . This society is run by trans-people, with one cow each for every household. This marks the birth of the Manthithoppu Transgenders Milk Cooperative Society, the first milk society for transgenders in the country. The State-run Aavin has tied up with the society to buy its milk.

The district administration gave free patta to 30 transgender people last year in September. Subsequently, each of them was allotted a house under the Chief Minister’s solar-powered greenhouses for trans-genders. The district administration mobilised funds from different schemes, and CSR contributions, to build each houses on 300 square feet land.

Collector Sandeep Nanduri said that just building houses for trans-people was not sufficient since the community had trouble in finding jobs. “We planned to pool in money from seven schemes, with Revenue Department, District Rural Development, Public Works Department, Cooperatives, Skill Development Department, Mahatma Gandhi National Rural Employment Guarantee Scheme (MGNREGS) and Department of Geology and Mining chipping in their bit. The total cost of the project was Rs 1.77 crore,” he said.

Dairy farm as a sustainable idea

“During a discussion, it was resolved that a dairy farm would be a sustainable business for the transgender people,” Collector added.

“In order to get cows, a loan of Rs 1 lakh was arranged from the District Central Cooperative bank. The bank sanctioned Rs 40,500 for each cow. If the business does well, they can buy a second cow for the remaining money after six months,” he said.

According to the cooperative society president, R Boomika, they generate 250-300 litre of milk every day. Before handing over the cows, the district administration arranged a 10-day training programme to teach cattle rearing, she said.

Another member of the co-operative, Aparna, said that Animal Husbandry Department had provided a milk extractor machine. They have been given country-bred cows that give 10-11 litres of milk every day, she added. “It will fetch me at least Rs 250 per day,” she said.

Boomika said “We never thought that we would lead a normal life as a part of the society. This initiative has improved our lives. The idea of inclusive growth has uplifted us from being alms seekers to self-employed,” she said. She also thanked Collector Sandeep Nanduri for his ideas of inclusive growth and Co-operation Minister Kadambur C Raju.

In the future, there are plans to train trans-people to manufacture milk sweets, palkova, milk shakes and other dairy products, he said. “It would be sold through an Aavin parlour in Kovilpatti,” he said.

The Collector had earlier established an areca leaf plate manufacturing unit at Pudhukottai in Thoothukudi for the trans-people. At least 80 trans-people were given free patta land to construct houses for the project. The Collector was awarded for this.