“Time is an illusion, Timing is an art “ 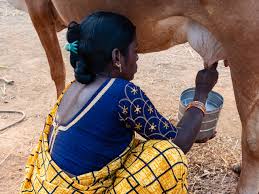 Unlock 1.0 is over and by the time you will receive this newsletter, unlock 2.0 would  have started. I have never seen dairy industry in such a self contradictory condition as it is today. Let us look at a few of the paradoxes in our sector as follows :

Company’s are launching innovative products with benefits of turmeric , pepper and even chyavanprash but the netizens are just rejecting it. The demand for value added products is on the up, but loss of jobs or reduction in salaries is not  helping this demand to sustain. Milk is being considered an essential service but Police in Tamilnadu not allowing dairy professionals to enter major cities for work. Company like Epigamia after strengthening their roots in Greek Yogurts launched plant based non dairy yogurts.

EU intervention programs in US wreaked havoc on US dairy farmers as well as global dairy prices. The growth shown by 36 million dairy farmer’s led AMUL in 2015-17 also led them to top the GHG emission in the world amongst top dairy companies. Almond milk which has shown 250 % growth in 3-5 years and is first choice of Vegan population has highest water foot print amongst other dairy plant alternatives. The government has announced Rs 15000 Crore fund for private investments but has taken out the element of subsidy from it. Amid the glut of milk powder in the country, the old notification of TRQ to permit import of 10000 MT of SMP at 15 % import duty has emerged as a farmer’s nightmare.

I have quoted it for a purpose. As such in today’s scenario with almost 150000-175000 MT of SMP stocks, a further import of 10000 MT of SMP might not create much of an impact. This import might not take place at all also. However looking at this notification from industry as well as farmer’s perspective, the news seem to be demotivating for the stakeholders to a certain extent.

In a nut shell the timing of this notification was bad.

The private dairy industry might take it as  a penal action against their efforts to buy excess milk from farmers and stocking it without any government support. The farmers may look at it as an impediment to any further raise in their milk prices in near future. This decision seemed to have taken place in February-March 2020 but due to COVID, it has been implemented now. It also shows that the government has not reviewed this decision recently with all the stakeholders. This is evident from the way industry leader reacted in shock over this news. The industry is also requesting for export subsidies to clear the huge inventory of SMP for saving the industry as well as farmers. This may also appear to  be considered as the last paradox in this edition of Dairy Pulse.

Let us see how the industry comes out with flying colors to embrace the challenges . Which are likely to be posed by the upcoming monsoon and subsequent flush in front of the industry.

It is never wrong to do the right thing