The only way is up! Budget 2021..A dairy blog by kuldeep Sharma 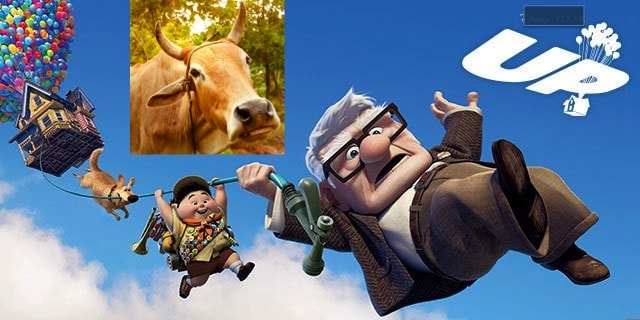 Today is Budget day and thus a big day for Indian economy . Budget is the  biggest festival for everyone contributing to the country’s GDP. The government is like parents and all of us stand on the other side as children . We all are waiting for our gifts on this occasion. This time all of us are aware of the kind of responsibilities which the government has on its shoulder.

The interesting part of this budget is that even in the absence of any special reward to any sector…The only way for Indian economy is UP. For the first time the continuity of whatever was being announced since last year’s budget is the most important action expected from the government.
There are many viewpoints on the current state of GDP growth this year.

The government says 7.7% contraction and the IMF says 10% .Prof Arun Kumar in his book Indian Economy’s Greatest Crisis claims it to be around 29% contraction. Let us not argue on any of these numbers but look at the key highlights for the dairy sector in the Economic Survey report of 2021 .

3. Milk production in the country has increased from 146.3 MMT in 2014-15 to 198.4 MMT in 2019-20(provisional data). It has shown a growth rate of 5.68% with per capita availability of 407 gms. The estimated demand for 2030 is projected at 266.5 MMT as per NDDB. The rural contributes to 57% of the demand. UP and Rajasthan remained as the top two milk producing states . The per capita availability remained highest with Punjab and Haryana with over a liter per day.

4. The Government introduced Animal Husbandry infrastructure fund last year with total outlay of Rs 15000 Crores . This fund will be used for providing 3% interest intervention to the term loan. The loan will have a 2 years moratorium period and six years repayment thereafter. This fund will help in augmenting capacities in value added dairy products and cattle feed. It is open for all cooperatives, public sector and Private sector along with FPOs.

5. A special mention of imports of Industrial machineries for dairy machineries etc  as ninth largest imports at 2.6% of total imports from April-Nov 2019 is an interesting development for the sector.
Dairy sector has proven its worth now. It is the right time to recognize it as a full fledged sector providing employment to millions of Indian and with a total value of Rs 800000 Crores.

The pandemic has made the consumers in both Bharat and India shifting to healthy, protein rich , safe and nutritious foods. It would be very difficult to sell loose , unpackaged , unhygienically made milk and milk products . The consumers have imbibed the internet as an essential service in their lives. With 750 million internet users in the country, the e-commerce and app based direct to home service providers for fresh foods have seen a lot of traction.

In the current budget speech the minister has shown concern towards the Agriculture and allied sectors. The Agri infra fund’s allocation is increased to Rs 40000 crores from Rs 30000 Crores . In the meantime the continuity of the Animal husbandry Infrastructure fund to establish capacities for both chilling and processing would probably be the best gift from the minister.

The kind of funding required for the dairy sector to reach over 50% handling of milk by the organised sector is as follows :

Apart from it the industry has a long wish list in gst, export subsidies, skill development and inclusion of dairy FPO by NABARD. Looking at the current state of the economy, we could leave the decision to the government to prioritise.

At the end I have a dream to see Animal husbandry and dairying as an independent sector and not as an allied sector to Agriculture in the Economic Survey report 2022.

Let us all put our best to take our industry to touch new heights in this year as well as in the future as The only way which I could see is moving Up now.

The writer of this Blog is Kuldeep Sharma Chief Editor Dairynews7x7