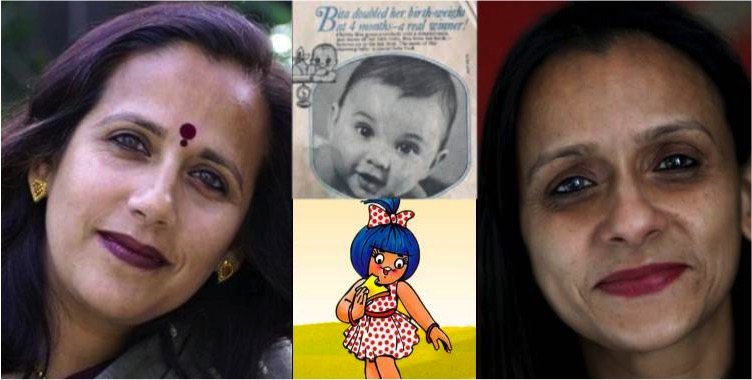 Did you know this?

My family’s association with the Amul brand is intensely personal. Way back in 1961, Amul’s advertising agency, ASP (Advertising &Sales Promotion Ltd), was looking for a baby to front their milk powder in a first-of-its-kind ad campaign. They went through hundreds of pictures of babies – 712, to be exact – until ASP’s creative head, Sylvester da Cunha, asked my father, his friend at (and Secretary of) the Advertising Club of Bombay: “you have a baby too, don’t you? Mind if you show me a picture?” My father did, and the rest is history: my sister Shobha became the first ever Amul baby. ASP recorded her selection in an ad in the trade press:

After 712 babies were photographed, Shobha Tharoor became the first Amul baby.
History was to repeat itself a year later when Amul and ASP decided they needed a colour picture for their next ad campaign – by which time Shobha, of course, was too old to pose for one. But her sister Smita had been born, and this time, after a more perfunctory search, my younger sister became the first-ever colour Amul baby.

The youngest Tharoor, Smita, was the first-ever colour Amul baby.
In their quickness, their sharpness, and their topicality, they put Amul in the forefront of the reader’s mind. They literally bring the product home to the hearts and minds, not just the stomachs, of Indians.
All this may sound trivial today, but it meant a great deal to the family, though the recompense for my sisters’ initial modelling stints was negligible. The Amul ads were not just published in newspapers (which themselves had much more reach and impact in those pre-television days), but printed as posters and displayed in groceries and kirana stores across the country where Amul baby powder was stocked. More than thirty years later, Smita was startled to discover a picture of her baby self still displayed on the wall of a rural provision shop in some dusty forgotten corner of the country.

While my sisters (and by association, all of us) basked in their Amul-derived glory, I grew up as a skinny, scrawny, asthmatic boy quite unsuitable to serve as an advertisement for any health-enhancing product, Amul or otherwise. But when, after serving the United Nations around the world, I finally returned to India and entered politics, I found myself in Amul ads as well. Except these were not glowing pictures of my chubby cheeks, but cartoons lampooning me, as Amul so inimitably does to those of our nation’s public figures who might be tempted to take themselves too seriously.

The campaigns are inspired, clever, increasingly bilingual, and totally relevant to what Indians are talking about that week. Over the decades they have chronicled social change in our country, commented on politics and taken the sting out of media controversies. In their quickness, their sharpness, and their topicality, they put Amul in the forefront of the reader’s mind. They literally bring the product home to the hearts and minds, not just the stomachs, of Indians.

And in every Tharoor home, therefore, the Amul brand retains pride of place.
My late father would have loved to see his son having gentle fun poked at him in a prominent hoarding on his favourite Marine Drive.
He would have been happy that I had finally caught up with my sisters.

India is well poised to emerge as a leader in dairy