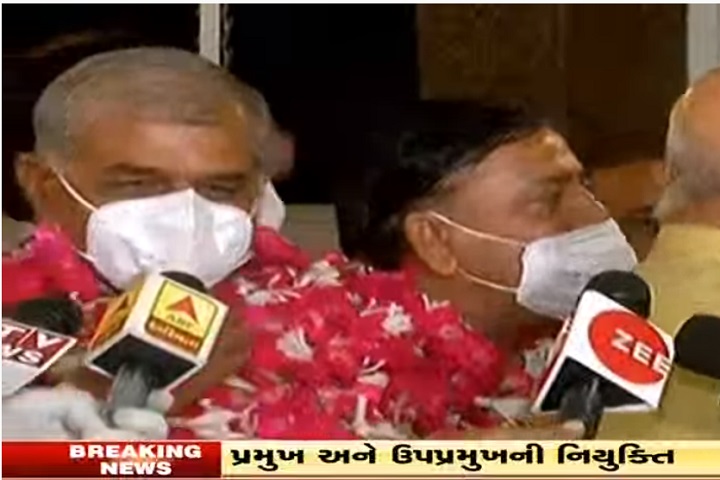 The election took place on thursday at Anand. All the chairman of state’s 18 dairy co- operatives were present as they are also members of the GCMMF board.

The state government appointed BJP leader I K Jadeja, as the election observer . He announced that the federation members unanimously accepted the proposal to appoint Patel as GCMMF’s chairman and Humbal as vice chairman.

Outgoing chairman Ramsinh Parmar and vice chairman Jetha Bharwad held these posts for the last two and a half years.

Mr Patel said that his priority will be to ensure better procurement prices for milk producers. These were his first words after bening selected as a chairman GCMMF. Also read Amul launch Janmaya vegetable oil to support oilseed farmers from Gujarat

“I will also try to work as per the Amul pattern to develop the dairy and animal husbandry sector,” said Patel, who heads the Sabarkantha District Co-operative Milk Producers’ Union, also known as Sabar Dairy.

GCMMF Vice Chairman Humbal said the need was to ensure consumers get milk and its products at reasonable prices.

“The Sarhad Dairy came into existence during the tenure of Sh Narendra Modi as chief minister of Gujarat. I believe we should not neglect milk consumers. We need to ensure that people get good quality milk and its products at an affordable price,” Humbal said.