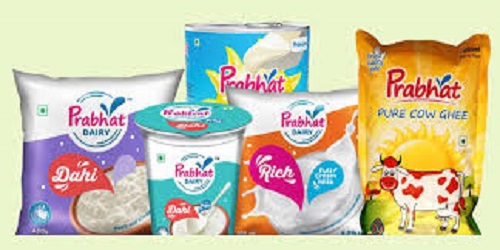 India’s market regulator has pulled up Prabhat Dairy for not cooperating with the Sebi-appointed forensic auditor Grant Thornton, and has directed the company to provide all the demanded documents without any delay.

“The deliberate attempt on your part by not providing information/documents in relation to forensic audit citing vague and weak grounds was not in the interest of investors and shareholders and thus delaying the process,” Sebi said in a letter to the company. It also said that only 3 of the 27 documents sought by the auditor have been provided so far.

Prabhat Dairy had sold its flagship dairy business for Rs 1,700 crore to French multinational Groupe Lactalis in April last year, and was accused by some investors of diverting the proceeds instead of distributing it among shareholders. The company has shown Rs 325 crore of cash on hand as on March 31, 2020, a record of sorts for Indian corporates. The company last week announced its results for the year ended March 30, 2020, reporting a net loss of Rs 109 crore on a turnover of Rs 533 crore.

Sebi in July hired Grant Thornton to conduct a forensic audit of Prabhat Dairy’s books for the last two fiscal years after some investors complained to the regulator that the company had not properly shown the sale proceeds on the balance sheet, allegedly to keep the book value low so that its shares could be delisted at a much lower price than the actual value, said people aware of the development.

When contacted, Vivek Nirmal, managing director of Prabhat Dairy, told ET the company is cooperating with the audit and it will not be possible for the company to comment while the audit is underway.

Investors expected a huge dividend, but the company, after almost six months, announced delisting plans in September last year. Since then, the delisting proposal has been stuck at the approval levels and the money has also not been distributed. Sebi has made it clear that it will allow delisting only after completing the forensic audit.

The company last week said Rs 1,317 crore has been received during 2019-20 post certain adjustments, but due to Covid-19, the company could not complete the working capital adjustment and complete the business transaction with the buyer. The company also said an amount of Rs 234 crore was incurred as transaction costs and taxes.

Investors want Sebi to make a mechanism to ensure that the sale proceeds remain under the jurisdiction of an independent audit firm until the distribution of the money in case of such very large and substantial slump sales where there is no exit opportunity for them in the absence of an open offer.

The company has also applied for a timeline extension on the delisting vote.