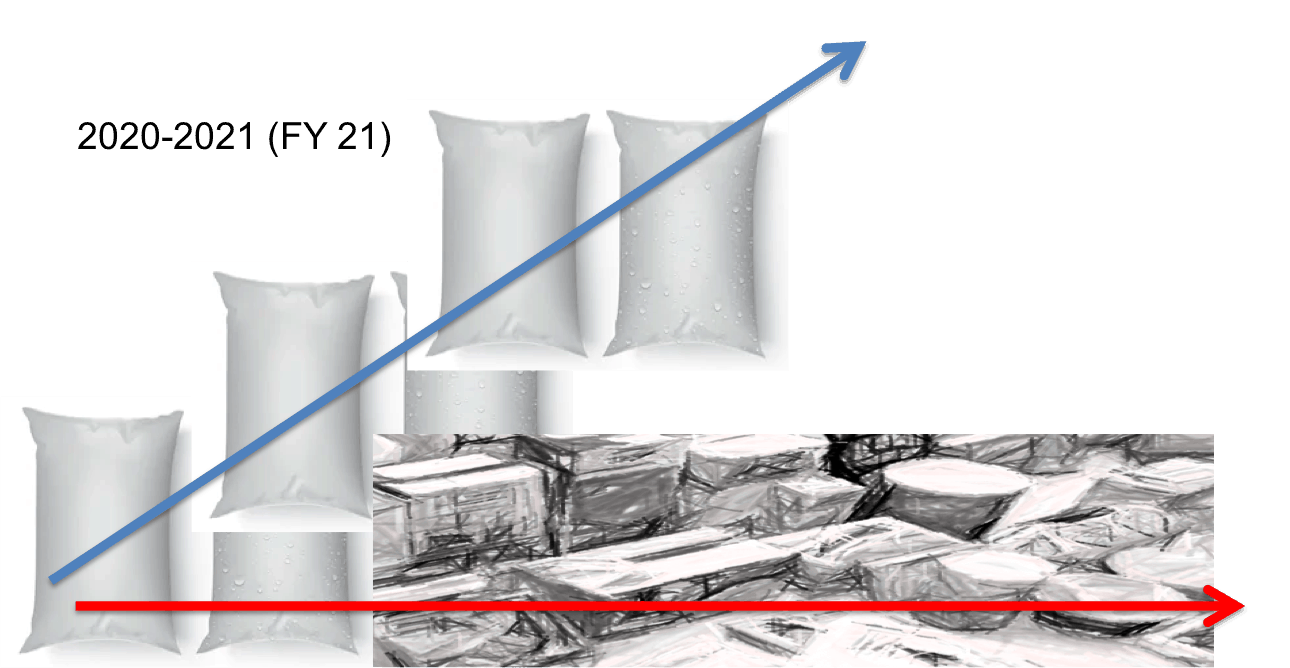 Even as institutional sales for dairy products have been impacted due to COVID-19 related disruptions, liquid milk sales are expected to grow by 4-5 per cent in 2020-21, while those of value added dairy products (VADP) will remain flat, according to a report.

The COVID-19 pandemic and the lockdowns globally impacted the dairy supply chain, especially import dependent countries. However, the impact on the domestic dairy industry has not been as severe as the supply is more localised and dependence on milk and VADP such as ghee, curd and butter as staple food is significant, Icra Research said in a report.

“Liquid milk sales is expected to grow at 4-5 per cent in FY21 while VADP sales though relatively muted will also sustain owing to higher home consumption during the lockdown period,” Icra Vice President Gaurav Jain said.

“Though institutional sales for dairy products, especially cheese, have been impacted, the same is likely to recover during the H2 FY21 as several state governments have permitted takeaways of restaurant food,” Jain added.

The only exception is ice-cream category which severely suffered a contraction in the first quarter of 2019-20 owing to lockdown as it coincided with the peak summer sales season, Jain said.

“There was also general averseness to consuming cold products during the pandemic. Given the varied pandemic impact on different dairy industry sub-segments, Icra has a ”Stable” outlook for integrated dairy producers and a ”Negative” outlook for pure-play ice-cream producers,” he added.

India is the largest producer and consumer of milk and milk products, accounting for 22 per cent of the total global output, the report said, adding that production in FY20 is estimated to be 192 million tonnes.

Icra expects milk production to rise to 200-202 million tonnes in FY21, it added.

Given good monsoon conditions with no major instances of flooding, which affects cattle feed availability and leads to disease outbreak, volumes are expected to grow at 4-5 per cent in FY21.

Due to higher milk procurement and lower sales during the COVID-19 lockdown, the organised sector produced more skimmed milk powder (SMP) products during April-September (H1) of FY21 due to their high shelf-life, Icra said.

Typically, the SMP stock is built up during the flush season (October-February) and is used during the lean milk production (March-September) season.

The current domestic SMP prices are around Rs 170 per kg and are expected to remain in the range of Rs 150-170 per kg in October-March (H2) FY21 on account of ample availability and lower demand, the report said.

SMP domestic prices between Rs 150-170 per kg, when reconstituted to milk, support fresh milk prices at Rs 22-25 per litre, it added.

“We expect the organised industry to report nil to 5 per cent growth in FY21, linked to festival season consumption and continued impact of the pandemic. The growth will be higher at around 8-10 per cent in FY22 and 12-14 per cent in FY23, backed by expected gradual resumption in economic activity, though pandemic related sensitivities will remain,” Jain said.

SMP inventory levels are expected to remain higher owing to higher stocking up for fiscal FY2021. The same are expected to be liquidated in H1 FY22 lean season, he said, adding that the excess SMP inventory may lead to stretched liquidity position for lower rated entities and dairy cooperatives.

“We also expect capex moderation till the pandemic situation normalises. This will support the cash flows and debt protection indicators,” he added.