RS Sodhi term likely to be extended as GCMMF’s MD 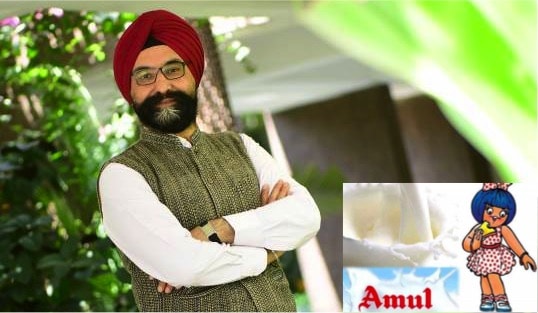 Will be finalised by GCMMF Board this month; no suitable successor in sight

With no suitable candidate in sight to replace Rupinder Singh Sodhi, whose term as the Managing Director of Amul marketer Gujarat Cooperative Marketing Federation Ltd (GCMMF), ends this month, the Board of Directors of the dairy behemoth is all set to give him yet another extension.

Sources confirmed that the Board of Directors, which includes heads of the 18 district milk cooperative unions of Gujarat, has internally decided to continue Sodhi as the MD “for now”, as the selection process for a new face may take a longer time. A meeting for the same is scheduled for later this month.

Speaking to Businessline, Shamalbhai Patel, Chairman, GCMMF said, “Due to the prevailing Covid-19 situation, we couldn’t find a suitable successor. The Board will meet later this month to finalise it (Sodhi’s extension).”

In June 11, 2010, Sodhi, then Chief General Manager at the Federation, was given charge of Managing Director after BM Vyas resigned. Later, the GCMMF board gave Sodhi a full 5-year term as MD, which was extended in 2015 with another 5-year term ending on December 31, 2020.

According to sources, the Board considered two options to select a new face to lead the 8th largest dairy processor in the world. First, to have a fresh outsider and second, to elevate someone from within the organisation based on the seniority. But sources revealed that the Board wasn’t convinced with either of the options to replace the incumbent IRMA alumnus.

“The discussions have been going on for past couple of months. More than just the functioning of the Federation, a lot of other things including brand Amul, farmers’ stakes, policy advocacy are some important aspects that also need to be taken care of. This is an appointment which can’t be made in a haste,” an internal source privy to the development said. Under Sodhi’s leadership in past decade, GCMMF’s sales turnover increased by almost five times, from ₹8,005 crore in 2009-10 to ₹38,542 crore in 2019-20. The group turnover of all 18 member dairy unions of Amul Federation for all products has crossed ₹52,000 crore in 2020. Sodhi has set a target to take Amul Group turnover to ₹1 lakh crore by 2024-25.

Amul, now, is at a crucial juncture, where there are competitors, multinationals, lobbyists and corporate who may be waiting for the dairy cooperative to slip up, and latch onto the chance to grab its market share.

“Amul will need a person who can safely sail the ship in these crucial times. The role of MD has challenges that involves synchronisation within the organisation and on the global platform,” cautioned a GCMMF insider.

Of his nearly four-decades of experience in India’s dairy cooperative sector, Sodhi has spent over a decade at the helm of affairs at Amul.

Having joined Amul as a sales officer in 1982, Sodhi had an advantage of working under direct guidance & mentorship of Dr. Verghese Kurien – known as the father of white revolution. A graduate in Agriculture Engineering from CTAE, Udaipur, Sodhi belongs to the first-batch of Institute of Rural Management- Anand (IRMA). Recently, he was accorded Honorary Degree of Doctor of Science (Honoris-Causa) from Anand Agriculture University.