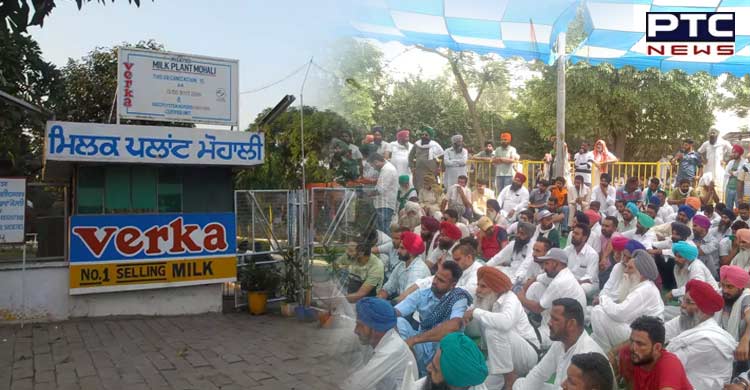 Dairy farmers of Punjab on Saturday threatened to stage an indefinite dharna in front of Verka Milk Plant, Ludhiana, on August 24 against the non-implementation of the economic package announced by state government.

Addressing a press conference here, progressive dairy farmers association (PDFA) president Daljit Singh Sadarpura said dairy owners have been trying to take up their demands with the government for the last three months but neither the chief minister nor finance minister Harpal Singh Cheema is willing to talk to them.

“We had high expectations from the new government, but on the contrary, after the formation of the government, difficulties of dairy farmers have increased,” said the PDFA chief.

He said that even three months ago, when thousands of dairy farmers had protested on the roads of Mohali, demanding financial help, the meeting with the representatives of PDFA was called by finance minister Cheema and panchayati minister Kuldeep Singh Dhaliwal.

“In the meeting, an announcement was made to increase the fat by ₹55 per kg, out of which ₹20 per kg fat was to be given by Milkfed, which was implemented on May 21. The government was to pay ₹35 per kg fat in the price of milk, which is continuously being delayed,” he said.

Sadarpura said that after the announcement of this increase by the said ministers, it was also approved during the budget session, but unfortunately the increase of ₹35 per kg fat could not be implemented so far, due to which the dairy farmers are being forced to adopt the path of struggle.