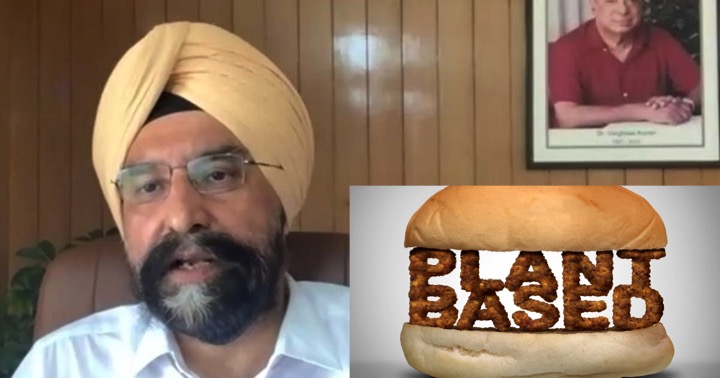 At a webinar jointly organised on Monday by Godrej Agrovet and BusinessLine on “What ails India’s Animal Husbandry Sector?”, Sodhi lashed out at the lobbying done by the plant-based product makers at the cost of animal husbandry produces.

“Plant-based products are nothing but factory-produced, chemically-made artificial products with synthetic flavours and a lot of chemicals and emulsifiers. The plant content in such products is not more than six to seven per cent, while the balance is all synthetic. And they sell it at prices two to three times higher than natural products,” said Sodhi, delivering the keynote address at the webinar.

Sodhi’s remarks came in the backdrop of recent international lobbying for “plant-based dairy”. “Due to high profitability, these companies are able to spend on lobbying and can influence the policymakers and consumers in favour of such fake products,” he said, asking the animal husbandry stakeholders to collectively make efforts for consumer awareness about “the long-term ill effects of these plant-based fake products.”

Sodhi highlighted the need for higher allocation of resources from the State and Central budgets for the sector that provides livelihood to landless and marginal rural households. “This sector is somehow not getting the prominence it deserves in the policymaking. The animal husbandry sector is contributing around 27-28 per cent of agricultural GDP. So, when you want to develop the sector, there should be budget allocation accordingly from the Centre or State,” he said pointing at the annual turnover of ₹11 lakh crore or USD 150 billion for the entire animal husbandry sector. The dairy sector covers over 80 per cent landless or marginal farmers. “And among the agriculture and other sectors, this is the fastest-growing sector with over 2.5 times the growth rate than agriculture. Fisheries, poultry, dairy are growing at an above five per cent rate,” he added.

On the challenges ailing the sector, Sodhi said the market is not a challenge considering the huge population of the country. But price volatility and low productivity are some of the key issues ailing the sector. “We need to look at how to reduce the price volatility and maintain stable prices for the sector. Whenever there is a surplus, the government should keep the buffer, which should be released when there are shortages.”

No to cheap imports

On concerns of cheap imports of animal husbandry products, Sodhi said, “This shouldn’t be allowed to compromise on the livelihood of the millions of people involved with it.”

Sodhi stressed the need for education in the veterinary space to ensure a sufficient number of doctors to meet the requirement at remote locations. On animal nutrition, the focus should be to increase the nutrition-rich fodder for the animal as against the general practice of providing leftovers from human consumption to animals.

“The sector has the potential to improve the livelihood of Bharat and reduce the disparity between the urban and rural life,” said Sodhi.