New Ministry of Cooperation must help those who help themselves 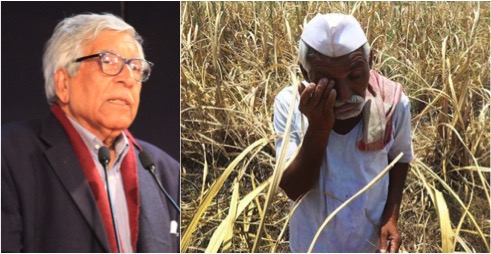 Yoginder K. Alagh writes: It shouldn’t be just about pumping money. It should enable people to leverage community networks, help deal with challenges thrown up by pandemic

India now has a Ministry of Cooperation that aims to strengthen the country’s cooperative movement. This is an opportune moment to look at the movement’s history, examine the potential of cooperatives and analyse the challenges they face.

The corporate sector and large companies are in vogue the world over. The Polish insurrection and the Solidarity Movement in the early 1980s precipitated the downfall of the Soviet alternative. There have been, of course, suggestions of other models of labour ownership of firms. The Americans do have a small non-branded commodity market, the Scandinavians didn’t allow market-driven wages and there have been other attempts to create a semblance of a level-playing field to hold negotiations between workers and owners. Australia and New Zealand have dairy cooperatives. Yet, these are oddities.

It was in Anand, Gujarat, that Tribhuvan Das Patel and his comrade, US-returned Verghese Kurien, began India’s significant tryst with dairy cooperatives in the 1950s. The nation took note of this initiative. And the National Dairy Development Board was established.

However, Kurien could see that the expansion wasn’t working the way he had envisaged it. It also didn’t help that Kurien was not a particularly accommodative leader. Once, in the late 1990s, he told me, “Yoginder, we need a new model. Cooperatives outside Anand are not holding regular and proper elections. Their accounts are not audited. Most of them are not like the Charotar Patels (the community at the forefront of the Anand experiment).” We chatted for some time over coffee and decided to lobby for farmer producer companies (FPCs).

A committee was set up under my chairmanship in the Company Affairs Ministry — not the agriculture and animal husbandry ministry — to allow farmers to set up companies. The idea had several detractors. The sahibs in the cooperative firmament went to town alleging that companies would take over cooperatives. I had to explain that the Farmer Producer Companies (FPCs) would run on the principle of “one share one vote” and the essence of cooperatives would not be diluted. Pranab Mukherjee, who chaired the Parliamentary Committee that looked into the Bill to give legal backing to FPCs, approved of the idea. The Companies Act (Second Amendment), 2002 became law.

Initially, very few in the government bothered about FPCs. But once they started coming up, the agriculture ministry wanted FPCs to come under its jurisdiction. We resisted the idea.

There were other teething issues. We had to lobby to get funds for the new companies. The existing vehicles were designed to cater to cooperatives, not FPCs. At a meeting of the NGO Pradan, we set up a committee under Nitin Desai, who had just finished his tenure at the UN, to find instruments for funding FPCs. Around 2010, the Boston Consulting Group (BCG) had been commissioned to develop a plan for restructuring NABARD. We worked with BCG’s head, Arun Maira. As a result, the restructured NABARD had a special window for FPCs. I understand the mechanism works in a few states like Gujarat, but not everywhere.

Meanwhile, as an IIM-Ahmedabad fellow, Munish Alagh was studying Hearty Mart, a supermarket in the city’s Juhapura area, run by his schoolmate Nadeem Jafri. Munish found that Jafri had set up a chain of Hearty Mart “cooperative” supermarkets in villages using the franchise model. They were run by the Cheliya community, of which Jafri is the spiritual leader.

Jafri’s initiative has now expanded to include franchised restaurants. These are commercial ventures, but profit is not their only motive. The networks of the Cheliya community — just as the network of Charotar Patels that Kurien relied on — have played a key role in the spread of the model.

The idea of leveraging the community network began to be discussed in some parts of the country in the context of re-imagining economic infrastructure. Tired of electricity board failures, Kurien offered to run a distribution company on a community basis. This model has, in fact, worked in places like Kanpur, even Kerala. The French scholar Joel Ruet researched the initiative for his PhD — I was incidentally his examiner. Ruet’s teacher is the legendary Pierre-Noel Giraud, who has written of the world being divided into “settlers” and “globalists”. Giraud believes that the outcomes of the 21st century will depend on how these two groups adjust to each other.

The concept of social cooperatives builds on the idea of communities creating infrastructure by using local material and family labour. These can be the village tank, paving the village road — with or without MGNREGA — finishing the last-mile construction of a canal network or even keeping watch on the contractor. The pandemic seems to have increased the significance of community effort. Reducing vaccine hesitancy, providing food to those waiting outside hospitals and, most importantly, looking after orphaned children are imperatives crying out for the cooperative model.

It would be naive to think that the pandemic will go away soon. In the midst of this pralaya, we will have to learn to use our limited resources carefully. It’s time to step back. Keeping in mind social needs while using resources is a large part of the solution to our current predicament. The virus is making us see the truth in the Mahatma’s famous statement, “There is enough for everyone’s need but not for everybody’s greed”. The pandemic will not follow the laws of corporate finance. Cooperation has a lot to speak for itself. One hopes that the new ministry takes this message.

The new work-from-home model will create several problems as well as offer opportunities. The new ministry is a recognition of the needs of our times. But it should not be just about pumping in money. This is the time to design models that help those who help themselves. We will wait expectantly to see how the new ministry works.