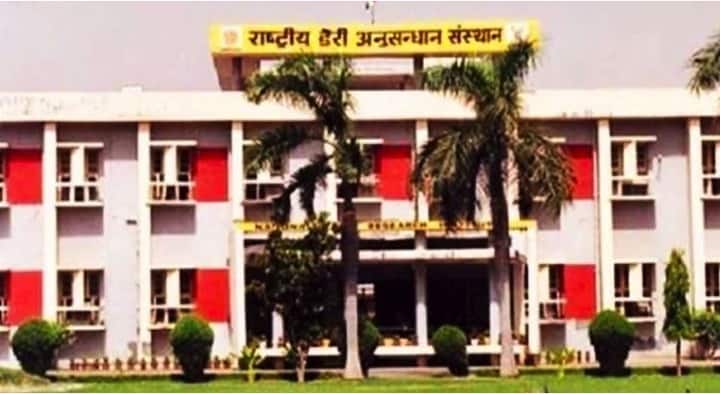 THE National Dairy Research Institute (NDRI), a pioneering institute working in the field of dairy research and education since 1923, has again bagged the top position in the country in the Indian Council of Agricultural Research’s (ICAR) Agricultural Universities Ranking. It is the fourth time in a row that the NDRI has achieved this distinction. The institute had received the Sardar Patel Outstanding Institute Award in the dairy sector in 2014.

Originally started as Imperial Institute of Animal Husbandry and Dairying in Bangalore in 1923, the institute was named NDRI after Independence. It was shifted to Karnal in 1955. In 1989, it got the status of a deemed university. National icons like Mahatma Gandhi and Madan Mohan Malaviya received training from this institute when it was based in Bangalore. The NDRI has two regional stations: southern (Bengaluru) and eastern (Kalyani).

Dr Manohar Singh, Director, NDRI, says the scientists and other staff members of the institute have been working tirelessly on developing technologies and also providing high-quality manpower for various dairy development and extension programmes in the country.

The NDRI is credited with developing expertise in technologies such as embryo transfer, in vitro fertilisation, cloning, transgenics; manufacturing a variety of nutritious dairy products; producing tools for the detection of milk adulterants; and employment generation. Several technologies developed by the institute are being used for commercial purposes by dairy industries, the Director says.

“We produced the first cloned buffalo and established that a cloned animal can reproduce normally. The male clone is giving good quality germplasm, while the female gave birth to a calf,” says Dr Singh, who was a member of the cloning team at that time.

State of the art technology

“The institute has 75 externally funded projects sanctioned by agencies such as the ICAR, Council of Scientific and Industrial Research, Department of Biotechnology, Department of Science and Technology, Ministry of Food Processing and Industry, National Dairy Development Board, state agricultural universities, and foreign agencies like the Bill & Melinda Gates Foundation,” he adds.

Last year, the NDRI developed about 40 technologies and generated Rs 38 lakh from the commercialisation of these technologies. “The NDRI is doing high-quality research both in the laboratory and the field,” Dr Singh adds.

The Director says the institute has been working for the development of indigenous dairy breeds and helping dairy farmers become self-reliant.