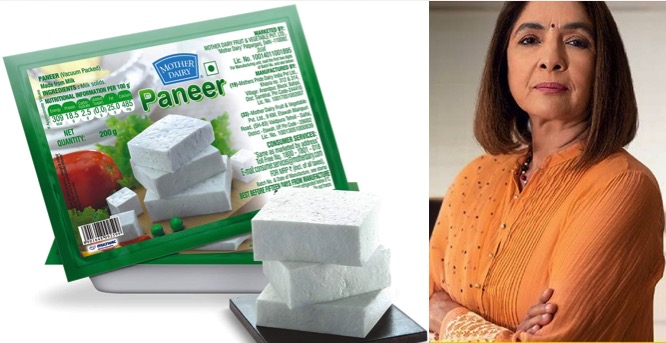 Mother Dairy just announced its latest campaign for its brand of packaged paneer. The campaign has been launched with a specific purpose to position the leading dairy brand’s packaged paneer. It positions their dairy item as a hygienic alternative to the unpacked loose variants sold in the unorganised market.

Every Indian milk consuming household (apart from vegans, of course) probably has its fair share of experience with paneer. The ingredient has quite a few traditional Indian dishes built around it, say, Shahi Paneer, Palak Paneer or the famous Paneer Tikka Masala. While this high level of consumption brings a lot of opportunity, the segment also has a unique set of challenges.

Paneer is Over 4 Billion USD market

The biggest among them is the low barriers to entry in the category. Sanjay Sharma, business head – dairy products, Mother Dairy Fruit & Vegetable, tells afaqs! that the paneer market in India was valued at around Rs 31,680 crore (or Rs 316.8 billion) in 2019, with the unorganised sector accounting for around 90 per cent (of it). The organised paneer market is estimated to grow at a CAGR of around 21.6 per cent during 2020-25.

Paneer is made by adding ‘food acids’ (like lemon juice, vinegar, etc.) to hot milk to separate the curd from whey. The curd is then drained and pressed in fine cloth to make a paneer block. Apart from the DIY method, paneer is mostly sold in local sweet shops by small dairies.

Packaged options are being preferred

“We have witnessed over the years that various categories like atta, oil, dahi, etc., which used to be consumed in loose format, are now being consumed in packages. This transition has happened over the last 10-20 years. Packaged options are being preferred, especially in the urban markets. Such an immense transformation for a category like paneer was out of place. Also, in the current situation, we have witnessed consumers opting for packaged food due to the uncertainty looming over outside food,” says Sharma.

The campaign is aimed at driving awareness about the benefits, hygiene and safety aspect associated with packaged paneer, and to position it as a strong alternative to the loose variants. Veteran actor Neena Gupta is the face of the campaign.

It is worth noting that Gupta has recently captured space on the Internet for her role in the new Netflix series ‘Masaba Masaba’. The series is about her daughter Masaba Gupta.

Mother Dairy currently offers two variants of packed paneer – Classic Paneer (green pack) and Ultimate Paneer (red pack). Both the variants come in a pack size of 200 gms each. The consumer pack size of 200 gms has been developed keeping in mind the quantity apt for serving one meal for a family of 3-4 members.

The campaign is targeted at individuals (both male and female) in the age group of 25-40 years. The product’s target group spans across both adults (and young adults), covering profiles such as working professionals, housewives, etc.

Starting August 31, the month-long campaign will be showcased over digital and radio mediums, including the brand’s social media pages.

The paneer packs are available at the company’s own network of over 1,800 milk booths in the Delhi NCR region. They are also sold via local general trade outlets, modern retail stores and e-commerce platforms.

Paneer is a better option for protein

Sharma reveals that the brand generally sees a spike in paneer consumption during winters, especially in markets across North India.

“This year, however, has been an exception with summers too seeing a huge surge in demand for our packaged paneer. In regional terms, North India has been leading the consumption for the category, but other regions too have shown strong growth,” Sharma signs off.

This report is from the interview of Mr Sanjay Sharma with afaqs.