Message in a milk bottle:Why UK PM is in Gujarat before meeting PM Modi 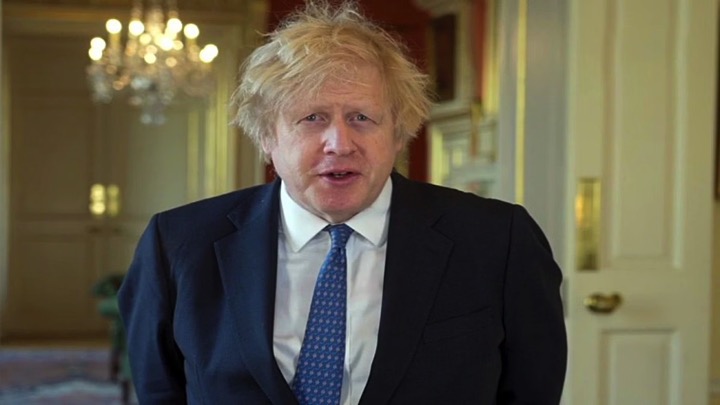 Ahmedabad will be the first stop on United Kingdom Prime Minister Boris Johnson’s checklist as he begins his maiden visit to India in his current capacity on 21 April. For Johnson, clinching the proposed free trade agreement (FTA) with India will be his single biggest focus, ThePrint has learnt.

During his two-day visit to India, Johnson will meet representatives of the dairy industry in Gujarat before holding the long-awaited bilateral summit with Prime Minister Narendra Modi in New Delhi. They held a summit virtually last year.

Gujarat has figured on Johnson’s travel itinerary for the simple reason that the state’s highly lucrative dairy industry has been “up in arms” against granting greater market access to British and European dairy products, sources told ThePrint.

What has fueled this resistance is the ban on sale of Indian dairy products in the UK and European Union (EU). Regulators in these countries say dairy products exported from India fail to meet European food safety standards.

Besides, producers in the Britain and European countries only sell cow milk while dairy exporters in India only sell buffalo milk, which is also exported to the US and Canada.

Another concern voiced by the Indian dairy industry is that the UK and EU subsidise their own dairy products and processed foods. This, they say, can adversely impact producers back home if the Indian market is opened to consumers in these markets, said sources.

The issue was discussed when India and the UK formally launched the negotiations for a free trade agreement in January this year during Trade Secretary Anne-Marie Trevelyan’s visit to New Delhi.

Sources said that New Delhi has asked London to negotiate the dairy aspects at a later stage of the trade negotiations. This would allow both countries to highlight the positive outcomes of the trade deal in the beginning and avoid upsetting the general public opinion.

Sources also say they have been told that Indian dairy products failed to meet European standards, despite India setting up a robust export inspection regime for the same. These concerns have been conveyed to their counterparts in Britain.

The Modi government has put a stronger focus on clinching trade deals with some of its partners of late. Since the beginning of this year, India has already signed a trade deal with the UAE and an intrim pack with Australia.

According to Arpita Mukherjee, professor at the Indian Council for Research on International Economic Relations, the UK is facing significant protest from the Indian producers over the import of dairy products from Britain.

“That is one of the reasons why PM Johnson is visiting Gujarat first as the export-oriented dairy industry is concentrated there… It is true that Indian dairy products are banned in the UK, EU and Australia. Hence, the industry is all the more opposed to doing any kind of free trade arrangement with these countries or regions. The Indian dairy industry is also upset with the fact that the UK subsidises cows and hence, the price of milk on those markets is much lower,” Mukherjee said.

“UK companies want India to reduce tariffs on dairy products, which is currently 100-150 per cent and are asking if some of their products can enter in the high-end specialised market. Discussions may focus on this aspect,” she added.

Jaimini Bhagwati, former Indian High Commissioner to the UK, said, India and UK will eventually get the FTA signed, but there are certain sticking points that both sides would need to address before that can happen.

“This is one of the reasons why Johnson is going to Ahmedabad, because it is important to speak to the business community there as the UK is keen on exporting some of their products to India,” Bhagwati, now a distinguished fellow with the Centre for Social and Economic Progress (CSEP), said.

According to Bhagwati, the issue of services trade, especially in the IT and ITeS sectors, has also emerged as a hurdle in the talks.

“They don’t want you to swamp their markets with your service professionals. This visit will be more important in terms of optics rather than substance, but optics are also very important,” he added.