Margarine may be banned for the sake of dairy farmer: Gadkari wrote to PM Modi 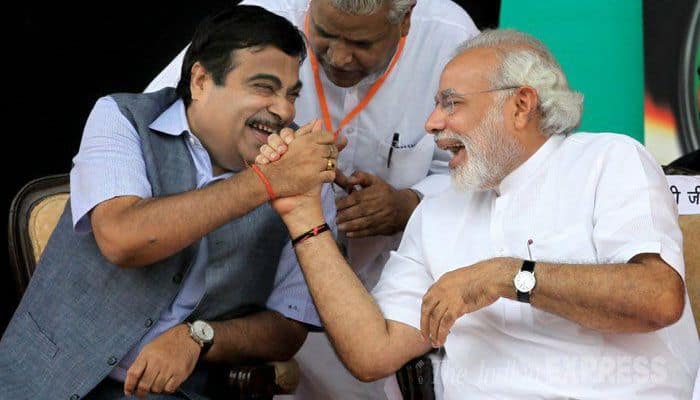 Mr Nitin Gadkari minister Road and transport and MSME has appealed the Prime minister to ban sale of margarine in the country. Mr Gadkari wrote to the prime minister after Mr Kedar , dairy minister of Maharashtra made a similar request citing the harms of consuming margarine.

Currently dairy farmers of Maharashtra are agitating against the lower milk procurement prices due to Covid. They are demanding an increase in milk price as well as subsidy on the lines of neighbouring states. Mr Gadkari met a few of the leaders of agitating dairy farmers recently. Also read-Is price subsidy the only option to support dairy farmers in Maharashtra ?

Letter to the PM

A letter written by Mr Gadkari to the prime minister reads as follows . ” I urge you to instruct the officials concerned in FSSAI and ministry of Consumer Affairs to get the harmful effects of margarine examined and look at imposing a ban/restriction on it as has been done in many other countries. A campaign educating consumers about the difference between the two products and the associated health impact may be launched. Thirdly, adequate labelling should be ensured where margarine is used to allow consumers to make informed choices.”

Earlier . Mr Kedar wrote to Sh Giriraj singh earlier complaining the food joints which are indulged in the rampant illegal substitution of butter with margarine. This has caused huge economic losses to genuine dairy farmers and deception to the consumers. He added that both products are different with distinct nutritional values and use.

5,000 tonne of table butter and margarine is produced every day, in India. Table butter costs Rs 400 per kg while margarine is Rs 100 per kg. Industry sources said margarine is a preferred choice because of its lower cost. He added that around 25 to 30 per cent of the table butter is substituted by margarine. Also read- Fake foods and food frauds is a new normal: Latest EUROPOL-INTERPOL Operation findings

Kedar has urged the Centre to ban the use of margarine as a substitute to butter. He has called for amendments in Food Safety and Standards Authority of India (FSSAI) standards to prevent illegal substitution of butter with margarine.

Different colours could be used to differentiate margarine from butter in developed world. This can be introduced in India too, he noted. He has also appealed to the Centre to direct FSSAI to suitably modify the regulations of margarine to protect the interest of large consumers’ health and poor milk farmers’ economy.