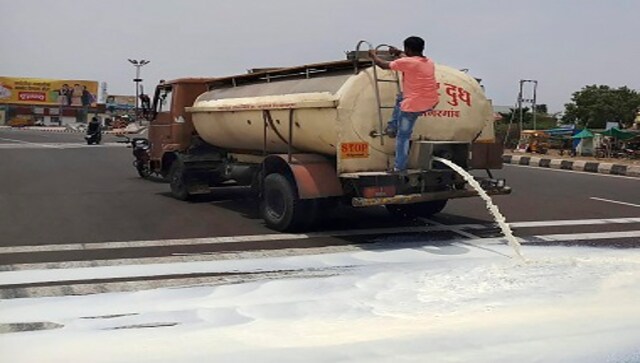 Covid-19 pandemic has forced the dairy processors to reduce milk prices at farmer’s level. This is either due to decline in demand of milk in the wake of lockdowns and curfew or due to huge piles of dairy stocks. In some parts of the Maharashtra state the milk prices have almost halved since Feb 2020.

There has been a differential milk pricing in Maharashtra . Dairies in districts like Kolhapur and Sangli continue to pay around Rs 25-26 per liter. Other dairies in Ahmednagar ,Solapur belt are paying between Rs 17 to Rs 22.50 per liter.

Swabhimani Shetkari Sangthana founded by Raju Shetti will be staging a protest in the state on July 21st. SSS is demanding a milk subsidy of Rs 5 per liter. The farmer’s outfit has declared a milk holiday on tuesday. Sh Chandrakant Patil , former minister BJP has also demanded a Rs 10/liter subsidy for the farmers. The opposition will launch its agitation from 1st of August. The leaders are also pointing towards Rs 6 per liter subsidy given in the neigboring state of Karnataka.

Mr Patil along with Sudabahu Khot submitted a proposal to the Sangli collector in this regard. In turn the state revenue minister Balasaheb Thorat, blamed central government on their decision to invoke TRQ for import of 10000 MT SMP at reduced duty.