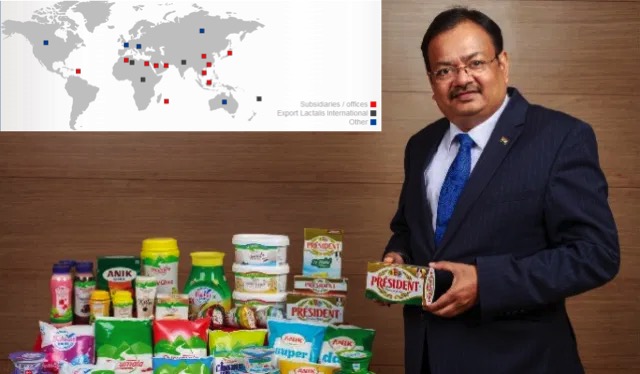 Acquisition to spur business in North’

Having acquired Thirumala milk dairy in 2014, followed by the Anik and Prabhat acquisitions in 2016 and 2018, respectively, Lactalis is now eyeing an acquisition to help growth in the North and East regions of the country.

“We are certainly looking at the northern region to increase our footprint and market share. Right now, we have presence in central India through Anik and Prabhat dairies and are selling ghee and buttermilk there. The new acquisition is meant to sell our milk and milk products,” he said.

Asserting that the acquisition was delayed due to the pandemic and that it would be completed within two years, he said Lactalis was not in a hurry to enter East India. “It will not happen immediately.”

On Thursday, the company announced its foray into the yoghurt category with the unveiling of Lactel Turbo. It will be produced in Melmaruvathur, near Chennai and available in two flavours.

In the first phase, the yoghurt drink will be available in Chennai and Bangalore as well as in cities across the North and West by January 2022. It will be followed by introduction of fruit yoghurt and greek yoghurt in October 2021 and January 2022, respectively.