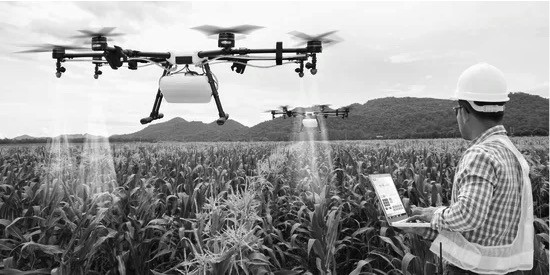 Celebrated erudite economists have historically been free-market protagonists. Today, when India is at a crucial juncture of transforming agriculture, the astounding silence of intellectual class is stunning.

Amid widespread protests on new reforms, one must explicitly understand that unless Indian agriculture becomes globally competitive, India’s dream to become atmanirbhar is hard to realise.

Despite impressive strides made in industrial and technological developments, agriculture and related activities remain a primary source of livelihood for 60% of the population, with over 80% farmers having marginal or small landholdings. Agriculture accounts for 16% share in India’s GDP against a 4% share in world GDP.

Self sufficiency in India

Since Independence, India has come a long way from being a net importer of foodgrains to becoming a net exporter of cereals. Foodgrain productivity more than doubled from 700 kg per hectare in 1966 to over 1,700 kg per hectare by 2000. Productivity still remains a key concern as the Netherlands, a country 80-times smaller, is the world’s second-largest exporter agricultural products with exports of $102 billion compared to merely $35 billion from India in 2019. Moreover, production in India has been highly skewed towards grains.

India is the world’s largest milk, pulses, cotton, spices, mango, banana, livestock and jute and ranks second in wheat, rice, sugarcane, fruits, and vegetable production. It is also one of the largest consumers and the consumption pattern in the country suggests a consistently rising trend posing a challenge for policymakers.

Our production remains highly resource intensive with low productivity across most agricultural, horticultural and livestock products leading to severely hampering cost-competitiveness of Indian produce in the international markets. India’s agricultural exports came down from $42.51 billion in 2013-14 to $33 billion in 2019-20.

Moreover, India has consistently followed a highly protectionist trade policy and has always been wary of trade liberalisation, especially in agriculture. Protecting agriculture from imported foreign agro-produce, often at much lower prices, has deterred India from being part of any major Free Trade Agreement (FTA) with EU, the US, New Zealand, Australia, etc.

Isolation from International community is not possible

However, one should not take such isolations from the international community for granted. Before entering into such multi-lateral trade agreements, which are increasingly becoming more comprehensive in their scope, countries often carry our an all-encompassing cost-benefit analysis. Though India did not sign RCEP primarily due to fear of cheap imports of manufactured goods from China, dairy and other agricultural products from New Zealand and Australia, it should seriously consider signing trade deals with European Union and the US. India must make every effort to attain global competitiveness in its agricultural production, processing and marketing.