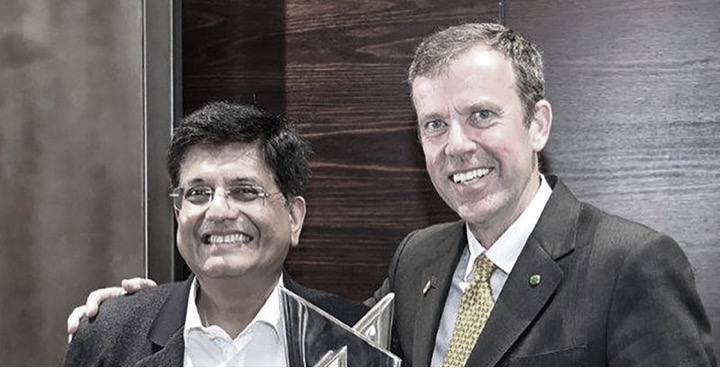 The Australian Parliament has approved the India-Australia interim free trade agreement, expected to increase bilateral trade to an estimated $45-50 billion in five years from the existing $31 billion, pavingthe way for its implementation.

The pact, set to benefit labour-intensive Indian industries such as garments, leather, footwear, gems & jewellery, furniture and health, through elimination of import duties and liberalise visa regime for students and professionals, will enter into force 30 days after an exchange of written notifications.

The agreement, which is the first free trade deal signed by India with a developed country in over a decade, will now be sent for Presidential assent in India and executive council approval in Australia.

“Australia’s Parliament passing the India-Australia ECTA (economic co-operation and trade agreement) is a big recognition of India’s growing global stature. Our IT industry, students and many labour-intensive sectors will soon reap the benefits of this landmark deal,” Commerce & Industry Minister Piyush Goyal said on Tuesday.

Negotiations for a comprehensive India-Australia ECTA, which will include areas that had not been fully included or were excluded in the interim deal such as digital trade, government procurement, product specific (rules of origin) and market access in certain areas, are likely to be launched during the Joint Ministerial Commission meeting in January 2023, according to the Commerce Department. Australia has agreed to provide zero-duty market access for 96.4 per cent value of Indian exports on the first day of implementation of the interim ECTA, increasing it to 100 per cent in a few years, leading to great optimism among Indian exporters.

Australia, too, will benefit, including in sectors such as wines and wool, as India has agreed to provide zero-duty market access to 85 per cent of Australian goods.

But New Delhi has managed to exclude the sensitive dairy sector and most agricultural items from the ECTA.