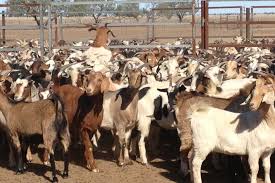 For nearly two decades, Bhoja Saniya, a sixth generation ‘maldhari’ was selling his goats’ milk either to small time tea vendors or as ‘mawa’ and ghee to unbranded local dairies. This loose trade would earn Saniya, who owns 100 goats and 200 sheep, a paltry Rs 15 per litre of milk. But was in the past.

Now, the tribal maldhari herdsman is getting his money’s worth after organised players have started buying his goats’ milk for Rs 35 a litre to produce frozen goat milk, goat milk powder and even goat milk soaps to be sold in both national and international markets.

“There are 24 villages just in our Jamjodhpur taluka where we maldharis are settled. Put together we own 36,000 livestock just in one taluka. Regular collection of milk will generate additional income for everyone,” said Saniya, a resident of Sheth Vadala village of Jamnagar’s Jamjodhpur taluka.