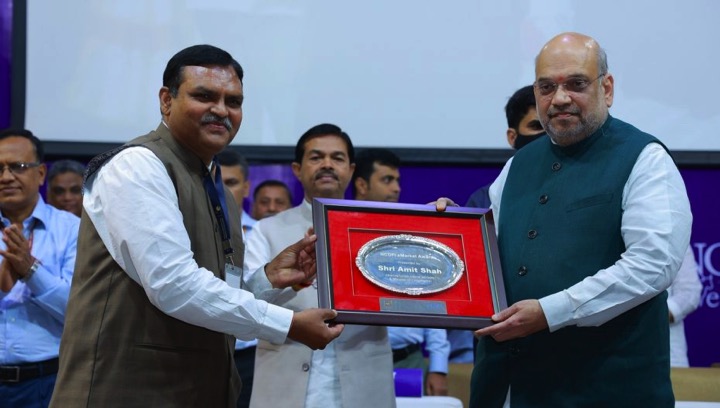 During this event, an MoU was signed between NDDB and Gujarat State Fertilizer Chemicals Ltd (GSFC) for the promotion of bio-slurry based Organic Fertilisers

Amit Shah said that there are around 223 district dairy cooperatives affiliated with NCDFI. This cooperative movement has made India Atmanirbhar. It has addressed the problem of nutrition successfully. If these institutions did not exist, nutritional challenges would have been horrific.

“India is already the biggest supplier of milk globally. However, the focus of cooperatives must now be on digitisation and improvement by reducing fodder costs and milk production costs. When quality improves and production costs are less, we can look at the export market,” Shah added.

BL Verma said, “India’s dairy sector has emerged as Atmanirbhar in milk production. I congratulate the recipients of NCDFI for having achieved this feat and strengthening the cooperative ecosystem in this country.”

National Cooperative Dairy Federation of India Ltd (NCDFI), based in Anand (Gujarat), is the apex organization for the cooperative dairy sector which was registered on December 07, 1970, and is presently governed by Multi -the States Cooperative Society Act. Its members include federal dairy cooperatives of states and union territories.

Jagdish Panchal stressed that setting up the Ministry of Cooperation will further help strengthen the cooperative structure in India. Gujarat is the role model for India when it comes to the cooperative movement.

Satish Marathe said, “India has emerged as the largest milk producer globally and our per capita consumption has gone up to 400g per person. Dairy cooperatives have a huge role to play here. It is important to understand that dairy farmers only get 75% of the realised value from dairy cooperatives, unlike around 40% of realisation in private dairies”.