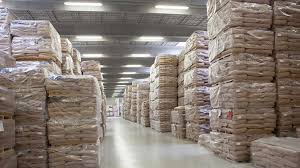 Indian dairy sector is struggling with poor demand , excess milk and huge stocks of SMP and butter due to the lockdown . The milk prices are already prevailing at almost 15-20 % below the usual rates of summer period. At this moment, centre’s decision allowing milk powder imports under Tariff Rate Quota (TRQ) looks nothing less than a farmer’s nighmare.

In a notification on Tuesday, June 23, the Union Ministry of Finance exempted imports of milk and cream in powder, granules or in other solid forms into India under the TRQ quantity. The notification allows 10,000 tonnes of imports for the fiscal with 15 per cent tariff on imported quantity.

Earlier, in a notification dated June 30, 2017, the Tariff Rate Quota (TRQ) of 10,000 mt was fixed at 15 per cent tariff rate. But in February this year , this provision was deleted from the notification. But now with the latest notification on Tuesday, the status quo ante has been restored.

Currently the prices of SMP in global market are in the range of Rs 170-185 per kgs. One could easily get imported SMP within Rs 200 per kgs inclusive of duty. The chances of government agencies importing at this moment appears to be dim. However the message which is going to the farmers ,industry and commodity market is not encouraging.

The timing of this decision is really bad. This is the time when the industry requires motivation and encouragement from the government. Such decisions break the hope of the MSME to get better rates for their huge stocks of SMP.

As per Sh Rahul Kumar MD Lactalis, this decision would discourage the industry to not to take excess milk from the farmers . All dairies have shown great resilience by accepting excess milk during the lockdown. The dairies did so even under financial pressure and converted excess milk into commodities without any government support.

Sh R S Sodhi, MD Amul said there is a huge unsold stocks of SMP and white butter . The GOI is already giving interest subvention to cooperatives. This import will crash the SMP market by Rs 80-Rs 90 per kg . Which would result in decline in milk price by Rs 7-8 per ltr to the milk producers. We don’t understand what’s the need of cheap SMP import at this juncture. Today milk producers are crying for drastic decline in milk procurement price and demand due to Lockdown all over the country.

As per Sh Dilip Rath NDDB 10,000 tonnes SMP represents a minuscule 0.059% of milk production in India during 2018-19. “The provision of this small window of TRQ will enable GoI to have the option of restoring to strategic import to stabilise the domestic market.

As per Sh Devendra Shah, Chairman, Parag’ Milk Foods, “The quantity allowed is negligible. But under ample supplies in the market, this will only add to the farmers’ woes with a weakened price sentiment. Second, in stead of opening imports, the government should have incentivised the exports so as to benefit the farmers.”