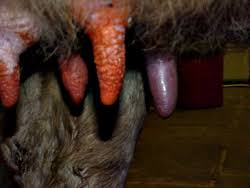 A study confirms that by looking more closely at the cell distribution in the milk sample, 18% more udder infections can be detected than by looking at SCC alone.

According to a press release, the recent study was conducted with Canadian dairy farms and confirms that the DSCC (differential somatic cell count) method is a reliable addition to the udder management toolbox.
Mastitis remains a major threat to milk output, therefore scientists at FOSS developed this new tool to complement SCC.

“With the ability to use DSCC as an addition to SCC we add new measures to better tackle mastitis,” says Dr Schwarz dairy farming senior specialist at FOSS Analytical.

DSCC is the combined proportion of the white blood cells (immune cells) polymorphonuclear neutrophils (PMN) and lymphocytes, presented as a percentage of the total SCC. “A higher DSCC means that we are dealing with more pathogenic bacteria and tells us that a cow is actively combating pathogens. A farmer can then decide what the best action plan is. Knowing this extra information on top of SCC is valuable in udder health monitoring programmes because undetected and untreated IMI by mastitis pathogens clearly present a risk for spreading IMI in a dairy herd,” Dr Schwarz dairy farming senior specialist at FOSS Analytical explains.
The results of this new study are very exciting and confirm that our method allows us to improve udder health and thus eventually reduce mastitis cases.”

The study, published in the August 2020 edition of Preventive Veterinary Medicine, has shown that the combination of SCC and DSCC allows identification of more IMI (+18%) than SCC alone. The study involved 11 dairy farms with a total number of 969 Holstein Friesian cows (lactating and dry) located in the province of Québec, Canada and is the first study ever where DSCC is evaluated as a possible new supplementary parameter to SCC in udder health monitoring programmes through regular DHI testing.

“The results of this new study are very exciting and confirm that our method allows us to improve udder health and thus eventually reduce mastitis cases. And applying the DSCC method doesn’t require any extra work as we can measure DSCC routinely and simultaneously to SCC on samples that are collected and sent to laboratories anyway,” Dr Schwarz addresses.

This can help to spot the disease earlier allowing for corrective action to be taken before the worst effects are felt by cow and farmer alike. “In 2017, we introduced the so-called DSCC (differential somatic cell count) method as an additional tool to SCC,” Dr Daniel Schwarz says.

In the past, cell differentiation in milk was seen as a purely scientific, time-consuming and costly activity. “We can measure DSCC with our up to 600-sample per hour high-throughput flow-cytometry-based analyser (Fossomatic 7 DC). Since its launch in 2017, over 100 installations of the Fossomatic 7 DC have been completed at milk testing centres globally.
“Pathogens that cause mastitis are constantly evolving and different pathogens might in turn have a different effect on the immune cells in the milk and the type of immune cells that are triggered. With the ability to use DSCC as an addition to SCC, we add new measures to better tackle this complex disease,” Dr Schwarz concludes.