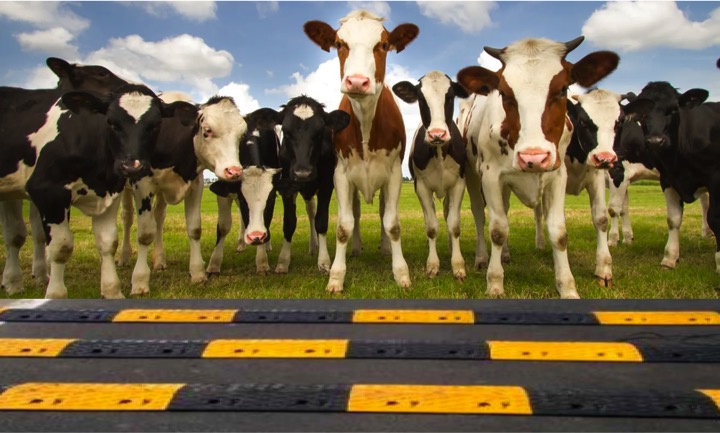 Milk is the single largest food consumed by Indians in terms of volumes and value. Dairy sector has outpaced the population growth by over 4.5 times since 2000. Everyone is talking about the intrinsic nature of this sector to double farmer’s income. Dairy business is amongst the quickest generator of cashflow for the farmers. There has been a lot of traction on alternative models of dairy income. So that milk production may not be considered as the only source of farmer’s income. Various stakeholders are working day and night to find sustainable business model for unproductive animals.

Milk production has outpaced the population growth . Let us examine the growth pattern of the following elements also since 2000.

a. Growth of Unorganised dairy sector

b. Growth of unproductive dairy animals

c. Growth of  spurious suppliers of milk and dairy products

d. Growth of contaminants in milk

Poverty is a by product of capitalism. Similarly all above mentioned points are the byproducts of reactive behaviour of policy makers than proactive. Since February 2020 , the dairy sector has been struggling with problem of plenty.  The government has been asking all the stakeholders to buy milk and convert that into products to support the farmers. The huge stocks of dairy commodities must get clear before the winter. It would help the processors to start making new stocks during the flush. Markets are still not responding as usual due to poor consumer demand in Horeca sector.

Everyone is worried about the fate of dairy farmers in coming winters . This year the farmers could not trade their animals as replacement stocks . They  were also not able to inseminate their animals in time  atleast during the lockdown period as well as in the containment zones thereafter. This way higher  milk production is inevitable. So what are few of the procative steps which our policy makers might have looked into.

a. Promoting small dairy farms so that even migrants workers could enter into dairy business to sustain their families through schemes like DEDS by NABARD.

b. To promote commercial dairy farming in large numbers so as to improve the productivity of the animals and provide high quality fresh farm milk in urban and semi urban areas.

c.  To run suitable awareness programs for the farmers for their skill development to learn more about clean milk production and alternative source of income  from dairying.

Now let us look at the reactive mode of policy makers in the country.

1. The DEDS scheme of NABARD wa discontinued for this year in second quarter of the financial year.

2. CPCB has developed a guideline to ban establishment of dairies in cities, towns, villages . This sector has now come under licensing and rest is very well understood on how these departments would exploit the poor farmers.

3. NDRI Karnal sets the limit for Somatic cell count (SCC) for cows and buffaloes which would  probably be the best in its category in whole of the Universe. I am not sure whether the scientists have decided to set those limits from an Indian context. I would have appreciated if they had came out with a way to control SCC like a SCC binder on the lines of aflatoxin binder.

Let the reform be real

Since last few days the government is focussing too much on farmers through agriculture reform bills, Agriculture infrastructure funds and a few of the policies as mentioned above. I feel that now the government has reached to a conclusion that slowing down the pace of this dairy sector is the only wayforward. Such slowing down initiatives will  solve the problem of plenty in both milk and cattle population deftly.

Gujarat state government has finally conceded to the demand of dairy farmers of Gujarat by extending a Rs 50 per Kg  export incentive to the tune of Rs 150 crores. Other states may also take some lesson from it. The same incentive may also be extended to the private sector and the state government could dreate a collborative platform where the excess stocks of SMP and fat may be digitally placed for auctions to the global buyers. The government may then pay the subisdy on each transaction.

The clarance of stocks would automatically open the pipeline and processrs would again be converting excess inflow of milk during winters into stocks for the next year.

Everyone in the world overpurchased food materials and particularly milk and milk products during the pandemic. This shows the power of dairy in food and thus the importance of dairy farmers in our lives. Its time to show gratitude towards our dairy farmers and all stakeholders in dairy supply chain. Their survival would ensure our health and nutrition. All our  policies must be participatory and inclusive. We need to work for the survival of the farmers.

George Segal in his famous quote of livestock  farmers said that” Farming with live animals is a 7 day a week, legal form of slavery “. Let us value the toil being put up by the farmer for us and involve them while making policies for them.