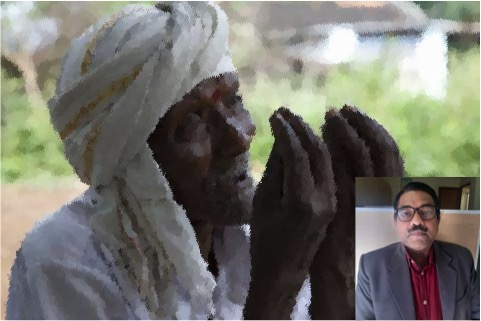 In the first wave of the Covid agriculture-and-allied sectors put up a spectacular performance with an annual-growth of 3.4%. While the economy contracted by (-)7.2 per cent in 2020-21. In the farm-dependent population comprising cultivators and agricultural labourers, those involved in dairying and livestock constitute 70 million. Moreover, in the total workforce of 7.7 million engaged exclusively in dairy farming, 69% of them are female workers. Which is 5.72% of the total female workforce in the country, of which 93 per cent live in rural areas. Unpaid female family labour supplies a major part of the labour requirement for milk production. Farmers keep two to five in-milk animals for livelihood. The landless & marginal farmers among them have no livelihood options to fallback when they fall short of buyers for milk.

In the Gross Value Added (GVA) from agriculture, the livestock sector contributed 28 per cent in 2019-20. A growth rate of 6 per cent per annum in milk production provides a great support to farmers, especially during drought and flood. Milk production rises during crop failures due to natural calamities because farmers bank more on animal husbandry then. However, given the nature of production and sale of milk in India, milk producers are highly susceptible to even minor shocks as the demand for milk and milk products are sensitive to changes in the employment and income of consumers.

The second wave of pandemic has thrown the milk producers from the frying pan to fire. Unlike sugarcane, wheat, and rice-producing farmers, cattle raisers are unorganised and do not have the political clout to advocate for their rights. Though the value of milk produced outweighs the combined value of the output of wheat and rice in India, there is no official and periodical estimate of the cost of production and Minimum Support Price for milk. The CACP performs annually for 24 major agricultural commodities in the country including wheat and rice.

Even though dairy cooperatives handle about 40% of the total marketable surplus of the milk in the country. They are not a preferred option of landless or small farmers. This is because, on average, fat-based-pricing in dairy-cooperatives is 20-30 per cent less than the price in the open market. For instance, buffalo milk fetches Rs 65/kg in the open-market in Jaipur-city, while in dairy-cooperative it ranges between Rs 35/kg-55/kg. As it is depending on the fat-content of milk. More than 75 per cent of the milk bought by dairy cooperatives is at its lower price band.

Moreover, in the early-lactation-phase (the most productive period in terms of quantity ) fat content in the milk is relatively low. And farmers often manage their livelihood by selling the milk in the open-market at a higher price during the early-cycle-of-lactation. Milk vendors and individual buyers pay by quantity and not by its fat content. During the pandemic, there has been a self-imposed ban on door-to-door sale of liquid milk by households . It happened both in urban and rural areas. This forced the farmers to sell the entire produce to dairy cooperatives at a much lower price.

In February 2021, the Union finance minister admitted that milk producers face an unprecedented livelihood crisis. The closure of shops had cut down the demand for milk and milk products while severe shortage of fodder and cattle feed has pushed up the input cost. Further, private veterinary services have almost stopped due to Covid-19, which has led to the death of milch animals.

Dairy farmers need the following to continue their vocation; One, a stable-market and remunerative-price (ignoring fat content or giving more weightage to the quantity of milk) for liquid milk; two, uninterrupted supply of fodder and cattle feed at a reasonable price; and three, regular supply of veterinary services and medicines.

Given the state of dairy farmers, government intervention is essential to save the sector. There are seven major programmes run by the Department of

Animal Husbandry and Dairying. In August 2020, the department reported a requirement of 2.02 lakh artificial insemination (AI) technicians in India whereas the availability is only 1.16 lakh. The nation-wide AI programme was scheduled to be completed by May 2021 and it is targeted to augment milk productivity from 1,860 kg/per animal/per year to 3,000 kg/per annum/per animal on completion of the insemination programme. The subsequent increase in milk production is expected to generate an additional income of Rs 67,554 crore in the rural economy.

Dairy farmers have been included in the Kisan Credit Card programme. Out of the total 1.5 crore farmers in 230 milk unions in India, not even one-fourth of the dairy farmers’ loan applications had been forwarded to banks as of October 3, 2020. It is a zero risk scheme for banks as the diary cooperatives would deduct the loan installment from the sale proceeds of milk supplied by farmers and remit to the bank every month. Dairying was brought under MGNREGA to compensate farmers for the income loss due to Covid-19. However, the budgetary allocation for 2021-22 was curtailed by 34.5 per cent in relation to the revised estimates for 2020-21. Moreover, if the pending liabilities of previous years are adjusted from the current allocation for MGNREGA, it would be less than the original allocation of Rs 61,500 crore for 2020-21. The statistics are self-explanatory.

Interestingly, the pandemic is used as an excuse for the target not being met, programmes not implemented, and the budgetary allocations not utilised.

Source : The Indian Express: This column first appeared in the print edition on May 28, 2021 under the title ‘Not milk & honey’. The writer is S Mohanakumar ,director, Institute of Development Studies, Jaipur.