Co-operative word reminds us of Amul for good reasons 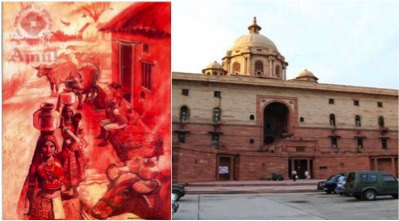 When we hear the word ‘co-operative’, most of us think of Amul, and for good reasons. We also think of sugar co-operatives and housing cooperatives, though not in the same league. Some will recall primary agriculture credit co-ops. Most people will not cite IFFCO or KRIBHCO, two large, efficient multi state co-ops. Amul impacts the lives of millions of dairy farmers in Gujarat and is a favourite of consumers all over India. This shows a way forward.

The creation of the ministry co-operation has surprised many. While it has been hailed as a step towards “sahakarita se samriddhi” (cooperation to prosperity), opposition leaders have been quick to point out that it is yet another encroachment on the powers of the states, specifically, entry 32 in the State List.

Sahakarita se samriddhi is a great idea. It did succeed initially, but fell into disuse in many states. Only a few states can now claim to have a significant co-operative base. There was a time when primary agricultural credit societies (PACS) had the major share of agricultural lending. Today, it is less than 10% (confined to a few states), with commercial banks cornering the major share. The Banking Regulation Amendment Act 2020 placed some regulation of co-operative banks under RBI. Earlier exemptions enjoyed by the co-operative banks are no longer available to them. These changes have more to do with security of depositors’ money and core-banking facilities. RBI decides the conditions and qualifications for the chairman, and examines the quality of directors on the Board; it can also supersede the Board.

The new ministry has, inter alia, the following objectives: general Policy in the field of co-operation and co-ordination of co-operation activities in all sectors, and realisation of sahakarita se samriddhi. It will also deal with the NCDC and multi-state cooperatives (IFFCO, KRIBHCO, etc). On the face of it, the new ministry will have an expanded development function and not a regulatory role.

Right to form cooperative is a fundamental right

The 97th constitutional amendment in 2011 made three important changes: First, it introduced the right to form co-operatives as a fundamental right under Article 19. Second, it amended Article 43 by introducing Article 43B which enjoined upon the state to promote voluntary formation, autonomous functioning, democratic control and professional management of cooperatives. Third, it introduced articles 243 ZH to ZT containing provisions with regard to the objectives above.

It is worthwhile to note that there has been, since 2003, a concerted effort to promote another form of ‘co-operative’ organisation, namely, Producer Companies as a hybrid between a private limited company and a co-operative society, which combines the goodness of a co-operative enterprise and the vibrancy and efficiency of a company—with a regulatory framework similar to that of a private limited company. This movement has picked up momentum during the last decade. Many farmers see producer companies as functional and better-governed institutions, free from interference by state governments. The 97th amendment attempts to provide a similar ecosystem to the co-operatives. Unfortunately, the Gujarat High Court struck down Part IX B containing Article 243ZH to 243 ZT in 2013. The appeal by the Centre serendipitously came up for hearing on July 7, 2021. Judgement is awaited.

Cooperation through control a new paradigm

Apprehensions have come from state governments about a likely interference by the Centre. Is it about control? Most state co-operative institutions have become quasi-PSUs. These need government approval for almost every single decision, be it price or personnel. Governments have also dipped into their funds for their own needs resulting in loss of income to members.

Verghese Kurien conceived co-operatives as ‘private enterprises owned by its members’ and wanted them to function as such. For co-operatives to become vibrant business organisations, they need to be decontrolled and de-bureaucratised.

What can the new ministry do?

What can the new ministry do? It can enable members of co-operatives to become effective owners, ensure members’ financial interests are not taken away without their consent, give freedom to co-operatives to take all commercial and personnel decisions, encourage formation of co-operatives in many areas of economic activity (workers, artisans, farmers, employees, etc), promote women’s co-operatives, truly make co-operatives autonomous and member managed, and create a co-operative of co-operatives. It is time to go back to the basics and create many Amuls that deliver prosperity to a large number of stakeholders!