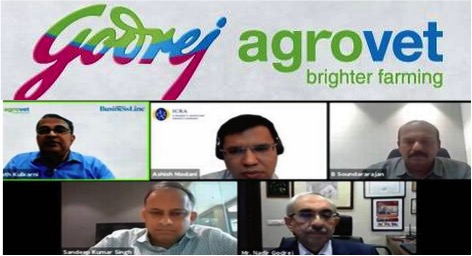 Faced with challenges such as low productivity, costly input and price volatility, India’s animal husbandry sector requires a concerted effort from the industry, policy makers and the farmers for breed development, yield improvement and market access — both domestically and globally, experts said.

At a webinar jointly organised by Godrej Agrovet and BusinessLine, the experts including producers, processors and analysts discussed the current challenges and future roadmap for the country’s animal husbandry sector.

In his iconic style of rhythmic narration, Nadir Godrej, Chairman, Godrej Agrovet, captured the essence of the topic and highlighted the need for advanced technology in the sector to benefit growers and the entire ecosystem.

In his special address, Godrej also highlighted the problem of small scale and labour-intensive practices in the animal husbandry sector. For yield improvement, Godrej said, “The answer lies within our own industry. The way to go is innovation. Quick progress will help our nation.”

Seeking government attention for faster growth of the sector, Godrej also added that while agricultural growth over the past decade was one-and-a-half per cent, animal husbandry’ growth was five times more. He said resources should be allocated for the sector to maintain growth momentum.

Experts also raised issues of India’s non-competitive exports and breed development with the help of technology. While India is among the world’s largest producers of milk, seafood and meat, there are concerns on sustainability in the overseas market amidst low competitiveness and higher costs.

B Soundararajan, MD, Suguna Holding, said Indian exports aren’t globally competitive. The US, Brazil and Thailand are prominent exporters. “In the Middle-East market, we have a good advantage over Brazil in terms of lower transportation cost. But our raw material costs are higher than Brazil; so we are not able to compete,” Soundararajan said during a panel discussion that was moderated by Vishwanath Kulkarni, Deputy Editor, BusinessLine.

Sandeep Kumar Singh, CEO, Animal Feed Business and Godrej Maxximilk, commented that the cyclical nature of the dairy sector impacts the pricing and thereby the export prospects for the sector. “There is a cyclicality that remains in this business. While that cannot be eliminated entirely, the peak and trough of the price range can be narrowed down.”

Analyst and the sector observer, Ashish Modani, VP and Co-Head Corporate Ratings, ICRA, said that the flow of investments from private sector and allocation from the government have showed that there was growing interest for investment in the sector.

“This interest will channelise and improve overall efficiency in the channel, including improving animal health and yields,” Modani said terming it a vicious cycle for the farmers. “If the animal health improves, it would have higher yield, giving better returns to farmers and in turn they would be able to pay their liabilities,” said Modani.