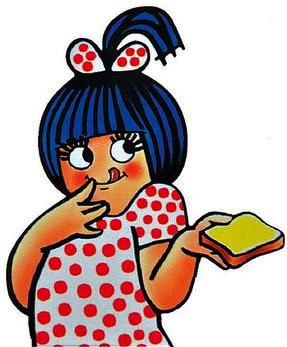 Amul is now toying with the idea of bringing out its own branded honey. Amul has recently forayed into several non-dairy branded food segments . These are edible oils, ready-to-eat snacks, bakery products and chocolates.

It would be an an extension of the existing agri-value-chain for more than 36 lakh milk producer members in Gujarat. Amul looks to boost honey beekeeping to source natural honey. Also read : Amul will invest 1000 Crores in dairy and 500 crores in edible oils etc in next two years

“Yes, we are serious about this category,” said RS Sodhi, Managing Director of GCMMF. Sodhi stated that earlier the biggest constraint to get into branded honey segment was testing infrastructure for the quality and genuineness of honey. There was no dependable laboratory in India, and the samples had to be sent to European labs for testing.

“That was costly and time-consuming. Now that the NDDB has opened a modern honey-testing facility in Anand, we can think about collecting honey from farmers and marketing it under our brand so that consumers can get pure and genuine honey at an affordable price,” Sodhi told BusinessLine. Amul launch Janmaya vegetable oil to support oilseed farmers from Gujarat

However, the business plan and procurement and processing aspects are yet to be finalised. “Already, a lot of farmers in Northern Gujarat in Banaskantha area have gone into honey production. We have not yet finalised the strategy, but it is there in our planning,” he said. Prime Minister Narendra Modi, during his visit to Banaskantha in December 2016 had lauded farmers of the district for taking the lead in the “sweet revolution” with honey beekeeping and honey production along with animal husbandry. Banas dairy, a member union of GCMMF, had launched its own packaged honey called Banas Honey. Also read Banas Dairy is setting up a Potato Processing Plant for Rs 100 Crores

For Amul, getting into large-scale honey procurement on a “cooperative model” is a win on both sides. One side opens up a new consumer market for the dairy giant, while on the other it improves sourcing for its own captive consumption of honey for varied products, including butter cookies and the recently-launched prasad product — Panchamrit.

The push for honey-bee cultivation, initially set to start from Gujarat – is seen as a big income generating option for farmers in other parts of the country as well as it requires low investment and provides dependable allied economic activity to farming and animal husbandary.

Amul, through its large network of 222 district cooperative milk unions has over 1.6 crore milk producer members, who pour their milk in over 1.85 lakh dairy cooperative societies across the country.