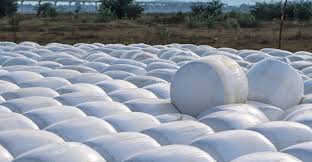 The Punjab Government has launched a new scheme to provide 40 per cent subsidy to the farmers . The subsidy is on silage baler-cum-wrapper machines through Punjab Dairy Development Board . It will help to promote dairy farming in the state and to make it more advanced and profitable.

The minister said the increase in the area under green fodder will increase the milk production. It will also reduce the area under traditional crops — wheat and paddy — which would also help save groundwater. He said the progressive farmer who bought the machine would receive up to Rs 5.60 lakh by the government.

The minister said the availability of green fodder throughout the year had been an important issue for the dairy farmers. It was common that green fodder was surplus in some months, while remained in short supply in other months.

To tackle this problem, some progressive farmers were making silage from green fodder with their own efforts. It was being done in a traditional way, but this could not be transported from one place to another . It could not be placed or stored for a longer period. Now the silage balers made from green fodder could be easily wrapped and packed in bags by using these machines. Which could be easily transported to small, landless farmers, urban dairies and green fodder deficient states.

As reported in The tribune