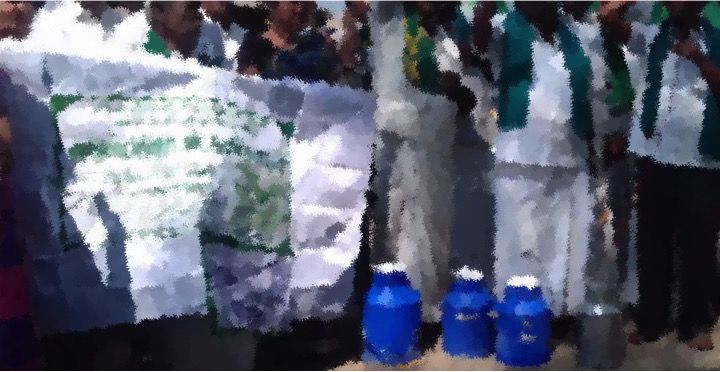 The Tamil Nadu Milk Producers’ Association has decided to stage a State-wide protest on August 31 to draw the government’s attention to their demands, which include an increase in the milk-procurement price by Rs 10 per litre.

They alleged the dairy development minister falsely stated that the milk procurement price was recently increased. The price of cow milk was increased by Rs 4 to Rs 32, and buffalo milk by Rs 6 to Rs 41 in 2019, and hasn’t been raised since, they said.

Meanwhile, provision of fodder at a subsidised cost by Aavin was stopped recently, increasing the production cost, and milk farmers are under financial strain due to Covid-19, they stated, adding that the government should hike the procurement price to Rs 42 and Rs 51 per litre for cow and buffalo milk respectively.

The association also demanded that the government clarify if it would compensate Aavin for the losses caused by the recent reduction in milk prices after the DMK government took over.  “As per our estimate, Aavin will face yearly losses of Rs 270-300 crore due to this move. Aavin is already facing losses of more than Rs 1,000 due to the poor policies of the previous government.

The AIADMK government increased the number of milk unions from 17 to 25 and recruited more than 600 people, increasing the functioning cost of Aavin. If Aavin bears this loss of Rs 300 crore per year, it would affect the payments to milk producers and eventually result in the federation shutting down,” said Mohamed Ali, Milk Producers Association secretary.

“For instance, in Erode, Aavin has been procuring 20,000 litres of milk annually for more than 20 years even though the population has increased several fold. Steps should be taken to market Aavin milk properly. Officials colluding with private players to suppress Aavin should be weeded out,” they said.