It was nearly 76 years ago when the seeds of Amul were sowed in India in 1946.

Amul was formed as part of a cooperative movement against Polson Dairy in Anand, Gujarat, which procured milk from local farmers of Kaira district at very low rates and sold it to the then Bombay government. Everyone except the farmers benefited from this trade.

These exploitative trade practices followed by the local trade cartel triggered off a cooperative movement in the form of Amul.

Angered by unfair and manipulative practices followed by the trade, the farmers of the district had reportedly approached Sardar Vallabhbhai Patel for a solution. He advised them to get rid of middlemen and form their own co-operative, which would have procurement, processing and marketing under their control.

In 1946, the farmers of this area went on a milk strike, refusing to be cowed down by the cartel. Under the inspiration of Sardar Patel, and the guidance of leaders like Morarji Desai and Tribhuvandas Patel, they formed their own cooperative in 1946.

This co-operative, the Kaira District Co-operative Milk Producers Union Ltd. began with just two village dairy co-operative societies and 247 litres of milk and is today better known as Amul Dairy. Amul grew from strength to strength thanks to the inspired leadership of Tribhuvandas Patel, the founder Chairman, and the committed professionalism of Dr Verghese Kurien, who was entrusted with the task of running the dairy from 1950. Dr Verghese Kurien is known as the Father of the White Revolution of India and also the Milkman of India.

And it was H. M. Dalaya’s innovation of making skim milk powder from buffalo milk that was a technological breakthrough that revolutionized India’s organized dairy industry.

The then Prime Minister of India, Lal Bahadur Shastri decided that the same approach should become the basis of a National Dairy Development policy. He understood that the success of Amul could be attributed to four important factors. The farmers owned the dairy, their elected representatives managed the village societies and the district union employed professionals to operate the dairy and manage its business. Most importantly, the co-operatives were sensitive to the needs of farmers and responsive to their demands, as per Amul’s website.

In 1965 the National Dairy Development Board was set up with the basic objective of replicating the Amul model. Dr. Kurien was chosen to head the institution as its Chairman and asked to replicate this model throughout the country.

In 1970, the trio of T. K. Patel, Kurien, and Dalaya spearheaded the “White Revolution” of India. To combine forces and expand the market while saving on advertising and avoid competing against each other, the Gujarat Co-operative Milk Marketing Federation Ltd. was set up in 1973. The Kaira Union, which had the brand name Amul with it since 1955, transferred it to GCMMF. In 1999, it was awarded the “Best of All” Rajiv Gandhi National Quality Award.

The milkman of India Dr.Kurien was the founder-chairman of the GCMMF from 1973–2006, and is credited with the success of Amul’s marketing.

Mr. R.S. Sodhi is currently the Managing Director of GCMMF. 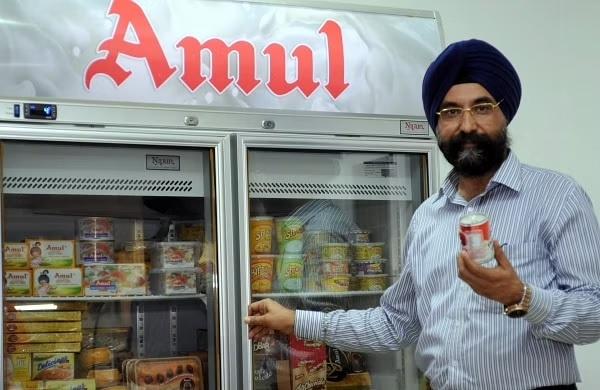 It aims to provide remunerative returns to the farmers and also serve the interest of consumers by providing quality products which are good value for money. Its success has not only been emulated in India but serves as a model for the rest of the World. It is the exclusive marketing organisation of ‘Amul’. 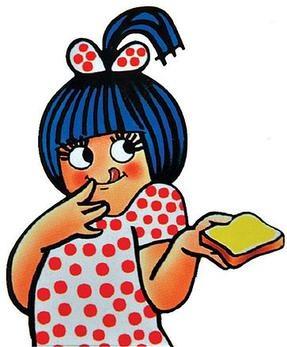 It was way back in 1966 when Amul had hired Sylvester da Cunha, the managing director of an advertising agency, to design an ad campaign for Amul Butter.

DaCunha designed a campaign as a series of hoardings with topical ads, relating to day-to-day issues. It became popular and even earned a Guinness World Record for the longest-running ad campaign in the world. In the 1980s, cartoon artist Kumar Morey and scriptwriter Bharat Dabholkar had been involved in sketching the Amul ads, with the latter crediting chairman Verghese Kurien for creating a free atmosphere that helped the development of the ads.

And despite encountering political pressure on several occasions, DaCunha’s agency did not back down. Some of the more controversial Amul ads reportedly include one commenting on the Naxalite uprising in West Bengal, on the Indian Airlines employees’ strike, and one depicting the Amul girl wearing a Gandhi cap.

Sylvester‘s son Rahul daCunha, who is the creative director of daCunha Communications, has been the man driving the Amul campaign since the early 1990s.

Even in recent years, many of the Amul graphics caught people’s eyes.

In 2013, Amul tweeted a picture featuring the Amul butter girl, implying that “freedom of choice” died. This was in opposition to the Supreme Court of India overruling the judgment of the Delhi High Court and criminalizing homosexuality again

In February 2020, Amul posted a picture of the Amul girl treating Joaquin Phoenix with butter after his academy award win for his role in the 2019 film, Joker.

In June 2020, supporting the ban on Chinese products, an Amul ad said, “Exit the Dragon,” showing the girl angrily ordering a fire-breathing dragon out, while the caption at the bottom read, “Amul Made in India.”

In August 2020, Amul girl was shown with her hands piously folded in front of an image of the Ayodhya temple, with the caption-“Monumental occasion: All are invited.”

Amul had also posted a picture of its mascot Butter Girl celebrating with PV Sindhu for winning the bronze medal in the Tokyo Olympics in August 2021.

Heritage Foods: What lies ahead after a soft quarter?

Heritage Foods: What lies ahead after a soft quarter?