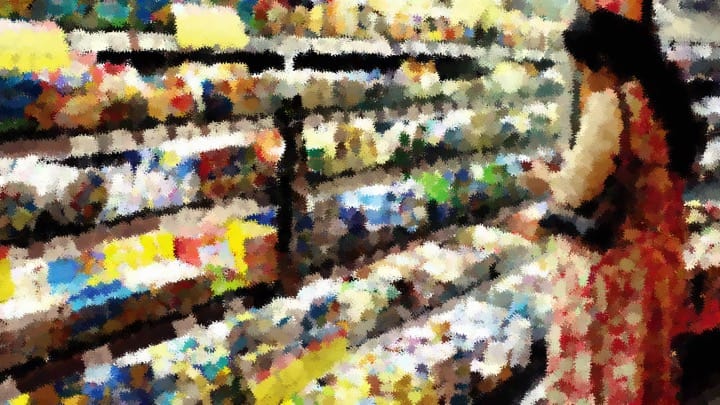 The Global Report on Food Crises (GRFC) 2020 indicates that acute hunger has increased across the globe since the pandemic began in 2013.

Packaged food is impacting the food availability of millions of marginalized people. It increases the market value of raw materials in the supply chain and makes large food processing companies major players in the market. Packaged food also poses dangers to human health.

The Global Report on Food Crises (GRFC) 2020 indicates that acute hunger has increased across the globe since the pandemic began in 2013. Amongst the 50 partner nations of GRFC, the number of people enduring food insecurity has risen from 112 to 123 million between 2019 and 2020. This crisis is especially acute in nations under conflict such as the Democratic Republic of Congo and South Sudan.

Climate change-linked droughts and economic shocks are the major drivers of hunger in Haiti, Pakistan and Zimbabwe. With the prospect of hunger looming large over millions, processed food has gained popularity in both developed and developing nations.

An estimate says that the global market share of packaged food will reach US$ 463.65 billion by 2027, from $ 304.98 billion in 2019. Food habits have changed markedly worldwide in last few decades. In India, the packaged food market value was estimated to be $ 26.28 billion in 2019. This is expected to rise to $ 122.78 billion by 2025 – an almost five-fold increase. The food processing industry accounts for 32 per cent share of India’s food market.

Artificial food additives are used in packaged food to improve taste, add colour and increase shelf life. But most of the chemicals in food additives and artificial colour may cause cancer and negatively impact human health.

According to Food Safety and Standards Authority of India (FSSAI), there are about 11000 permitted food additives. Aspartame, saccharin and corn syrup are the most popular additives used in packaged food, as artificial sweeteners for beverages, candies and chewing gums.

Monosodium Glutamate (MSG), is used to enhance the flavour of food. It is associated with metabolic and neurological disorders, obesity and adverse effects on the reproductive organs. It causes numbness of the neck, arms, and back as well as headache, dizziness, and palpitations.

Sodium Nitrite, used commonly to preserve canned food, is believed responsible for causing colorectal cancer. With chronic use it can result in heart problems by damaging blood vessels and hardening the arteries. Sodium benzoate is the most popular food preservative that prevents food spoilage. If this chemical is used to preserve juice or beverages containing organic acids, it can produce ‘benzene,’ a carcinogenic by-product activated by light. Benzene is known to cause blood cancer. In the early 1990s, the US Food and Drug Administration urged companies to stop using this in soft drinks. But in India this chemical is still widely used to preserve fruit juice products and Indian traditional medicine (Ayurveda) products.

Dependency on packaged food has increased in India. Migration of people to cities, growth of supermarket and retail shops and increase in the number of nuclear families have all contributed to the high demand for packed and preserved food. The availability and demand of these packed foods are now a matter of health concern: India is already battling with the increasing of number of cancer patients each year.

According to an estimate of the National Institute of Cancer Prevention and Research (NICPR) India, about 2.25 million people live with cancer and more than 1.5 million new cancer patients are being registered every year. A 324 per cent rise in cancer cases was reported in India between 2017 and 2018.

With the food security of millions at risk and agricultural production getting impacted by climate change through extensive draughts, packaged food is adding to this burden. It is not only impacting the market value of raw products but negatively impacts the health of consumers. Sustainable food marketing needs to be promoted with stringent regulation on the use of chemicals in processed food.