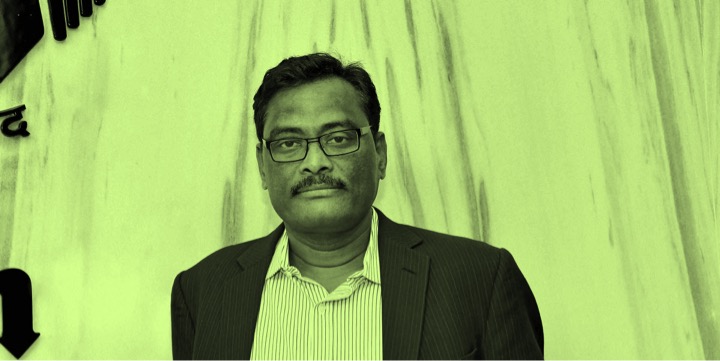 Milky Mist Dairy is one of India’s leading dairy producers with an unrivalled range of products, the country’s largest cheese and paneer making plant, a national distribution network and an incredible 56,000 farmers supplying it with milk.

Yet perhaps its biggest achievement involves a type of cottage cheese called paneer, one of the most popular dairy foods in India for centuries. It’s made by stirring lemon juice, vinegar or citric acid into hot buffalo or cow’s milk to separate the curds from the whey. The curds are then poured into a muslin bag so that all the water can be squeezed out.

A couple of hours later, it can be cut into cubes and used in curries. No-one is certain whether it originated in the subcontinent or from nomadic tribesmen in what is now Iran and Afghanistan, but a type of cheese that sounds very similar is mentioned in ancient Indian texts from 3,000 years ago.

When Aryan peoples migrated to India over the following centuries, however, cheese made from cattle was frowned upon, as curdling milk was branded dishonourable to the sacred cows. Luckily for paneer fans, it staged an unexpected renaissance 300 years ago when Portuguese traders settled in Bengal and developed a taste for it.

Its popularity spread not only throughout India, but worldwide as the nation’s cuisine reached every corner of the Earth. Well, nearly every corner, for it never caught on in the states of Andhra Pradesh, Karnataka, Tamil Nadu and Telangana in India’s south.

“For some reason, it had never formed a part of the diet in South India,” says Milky Mist CEO Dr K Rathnam. Its absence from supermarkets and restaurants there had been taken for granted for generations. It was speculated that the sweetness of the cheese didn’t gel with the hot, salty tastes for which the region is famous.

“Our Founder, T Sathish Kumar, was the first person to question this and ask why it could not be sold there. After all, it’s one of the most valuable proteins in the human diet,” Dr Rathnam points out. “People said it would never catch on, but he seized the opportunity and started manufacturing it.”

Fast forward 20 years and paneer has seen unparalleled growth in the region, with Milky Mist the clear market leader and only local manufacturer. “Just because there is no market, doesn’t mean there will never be one. The reason we are so successful is that we’ve done the same thing elsewhere in launching new products into new markets,” he explains.

Just because there is no market, doesn’t mean there will never be one.

Milky Mist began life in the 1990s when Sathish Kumar, then aged just 15, took over his father’s milk distribution business in Chithode in Tamil Nadu. He quickly grew it and soon had thousands of farmers giving him their milk directly. His product range grew to include yoghurt, ghee, mozzarella, cheddar and, of course, paneer.

India has the world’s biggest dairy industry with more than 355 million cows and buffalo divided among an incredible 75 million farms, so the potential is enormous. Dr Rathnam believes it is the company’s very clear business strategy that sets it apart from its competitors.

“We are completely different from the others, as we control the entire process from farmers to the marketplace. No-one else does that. All the farmers are our own and they have been very loyal to us over many years,” he says.

“We also control sales and marketing, as well as transportation. We operate an entire fleet of vehicles to transport the milk from villages to the factory and then to the retailers. We’re the only dairy that provides refrigerators and deep freezes to the shops for free.”

Dr Rathnam has been with the company for two years and has already spearheaded new initiatives on social media as well as prioritising digital development. He’s grown the range of foodstuffs produced to more than 150 and expanded into markets in the north and north-east of the country.

He was previously Managing Director of Amul, India’s largest food organisation credited with making the country the milk colossus it is today. During his time there he doubled sales turnover and also doubled the income of many dairy farmers by expanding supply into international markets.

“I joined Milky Mist because I could see there was an opportunity to grow the business very fast. The owner had just invested INR5 billion (US$68 million) in setting up a state-of-the-art mega plant over 22 hectares capable of processing over a million litres of milk a day.”

The company has been grown at an impressive 35% over the past three years and Dr Rathnam has no plans to slow down. “We have very ambitious plans for even more products and to expand into every Indian city,” he shares.

“One thing we want to do is increase the productivity of our farmers to increase the quantity of milk and at the same time make sure they are paid a fair amount.” The company has donated funds to help struggling farmers rid their properties of invasive wild plants.

“We work very closely with our farmers. We provide them with doctors and look after the health of their cows. We often bring them to our factories and show them how their milk is being used. It makes them feel very proud and it lets us meet them face to face. Our founder likes to talk to them too. It’s one of the reasons why 90% stay with us for years,” he reveals.

“It is the same with all our suppliers. We have strong, long-term relationships and we know we can rely on them 100%. We are loyal to each other. That’s how you do good business.”