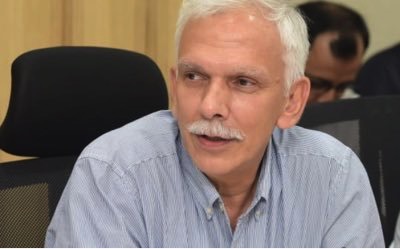 As per PTI the government is envisioning ”Atmanirbhar Agriculture”by transforming farmers into entrepreneurs. This will be done by providing investment opportunities and making India the food basket for the world.

Animal Husbandry Secretary Atul Chaturvedi said no product is as fast moving as milk for a retailer. However, our per capita consumption of milk is still 394 gms per day . In the US and Europe is goes as high as 500-700 gms , he said.

The aim of tge government is to raise market demand in the dairy sector to 290 million tonnes over the next five years.. Currently it is at 158 million tonnes. The share of the organised sector in milk processing is targeted to be raised to 50 per cent from present 30-35 per cent, he added.

Highlighting measures taken to boost the animal husbandry sector, Chaturvedi said the government is giving one billion doses of vaccine in a year for Foot and Mouth Disease (FMD) which is a bigger drive than in any other country to ensure that cattle are disease-free.

Besides, the government has undertaken animal tagging of five species through Pashu-Aadhar. About 57 crore animals will have unique IDs over the next 1.5 years on digital platforms for mapping their parentage, breed and productivity.

Other measures include improving cattle breeds through artificial insemination, IVF and surrogacy; and aiming to unleash rural entrepreneurs by growing better feed and fodder for animals.