Milk prices moving up across India as a post-covid effect 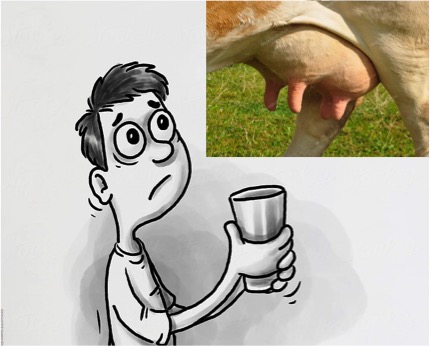 Milk prices generally rise during summers, when buffaloes and cows produce less, and ease during the winter-spring months, when they calve and reach peak lactation.

This natural cycle has, however, reversed in 2020-21. Sanjay Belhe is today receiving Rs 26 per litre for cow milk with 3.5% fat and 8.5% SNF (solids-not-fat) content that he is supplying to the Shree Warana cooperative dairy in Maharashtra’s Kolhapur district. In April-May last year, the dairy was paying him Rs 18/litre for the same milk.

But Belhe isn’t quite happy. The reason: A year ago, this farmer from Samdoli village in Miraj taluka of Sangli had 10 Holstein-Friesian crossbred cows. In March, before the nationwide Covid-19 induced lockdown came into effect, he was selling around 120 litres of milk daily at Rs 25/litre. After lockdown, those prices crashed to Rs 18/litre levels.

“Yes, the dairy is paying me Rs 8/litre more from those lows. But how does that help when my average daily sales are hardly 40 litres now?,” asks the 43-year-old.

Belhe’s milk sales have dropped to a third compared to last year because he currently has only four out of his original 10 animals. The remaining six he sold between late-April and early-July. The 40 litres are from three cows; the fourth one is in late-pregnancy and still to calve.

“I spend Rs 200 on fodder, feed and supplements per animal per day. If my cow gives an average of 10 litres daily (8-9 litres in the “lean” summer months and 14-15 in the winter “flush”) and milk prices were Rs 18/litre, how could I have maintained 10 animals?,” he points out.

Belhe’s isn’t an isolated story. All across India, dairies have reported milk price increases over the past couple of months. Uttar Pradesh’s Pradeshik Cooperative Dairy Federation has hiked its procurement price for buffalo milk with 6.5% fat and 9% SNF from Rs 40 to Rs 44 per kg, effective from February 20. The same cooperative had slashed prices to as low as Rs 30-32/kg in April-May.

Increase in milk prices in Maharashtra

On February 13, the Milk Producers and Processors’ Welfare Association, a consortium of Maharashtra’s private and cooperative dairies, advised its members not to pay less than Rs 29/liter for milk with 3.5% fat and 8.5%t SNF. The Pune district cooperative dairy (‘Katraj’ brand) and Lactalis Sunfresh Agro Industries (‘Prabhat’) are already procuring at Rs 29.5-30/litre. The Warana and Kolhapur cooperative (‘Gokul’) dairies are expected to soon follow suit.

These increases are partly attributed to global factors. Skimmed milk powder prices at Global Dairy Trade – the auction platform of New Zealand’s Fonterra Cooperative – are ruling at over $ 3,200 per tonne, levels last seen in August 2014.

But that does not still explain the unusual price movements in the last one year. Milk production by animals falls in summers due to heat stress and reduced green fodder and water availability. That, together with demand for ice-cream, curd and lassi, drives up procurement prices. Fodder and water availability, however, improves with the monsoon rains and residues from the new kharif crop. Calvings, especially of buffaloes, also start from September. And once temperatures drop, more milk flows from their udders, driving down prices.

This time round, quite the opposite has happened. Milk prices crashed during the summer, courtesy the demand destruction following the closure of hotels, restaurants, sweetshops, offices and educational institutions and no wedding receptions and other social functions.

Lower prices, in turn, led to farmers not properly feeding and looking after their animals. “Undernourishment has also delayed calvings and brought down the peak-season yields,” said D. Sunil Reddy, managing director of the Hyderabad-based Dodla Dairy Ltd. Some, like Belhe, have even reduced their herd size.

With no production “flush” in winter and demand returning post lifting of lockdown restrictions, milk prices have recorded unseasonal rise. What this portends for the coming summer, when production falls in the natural course, remains to be seen.