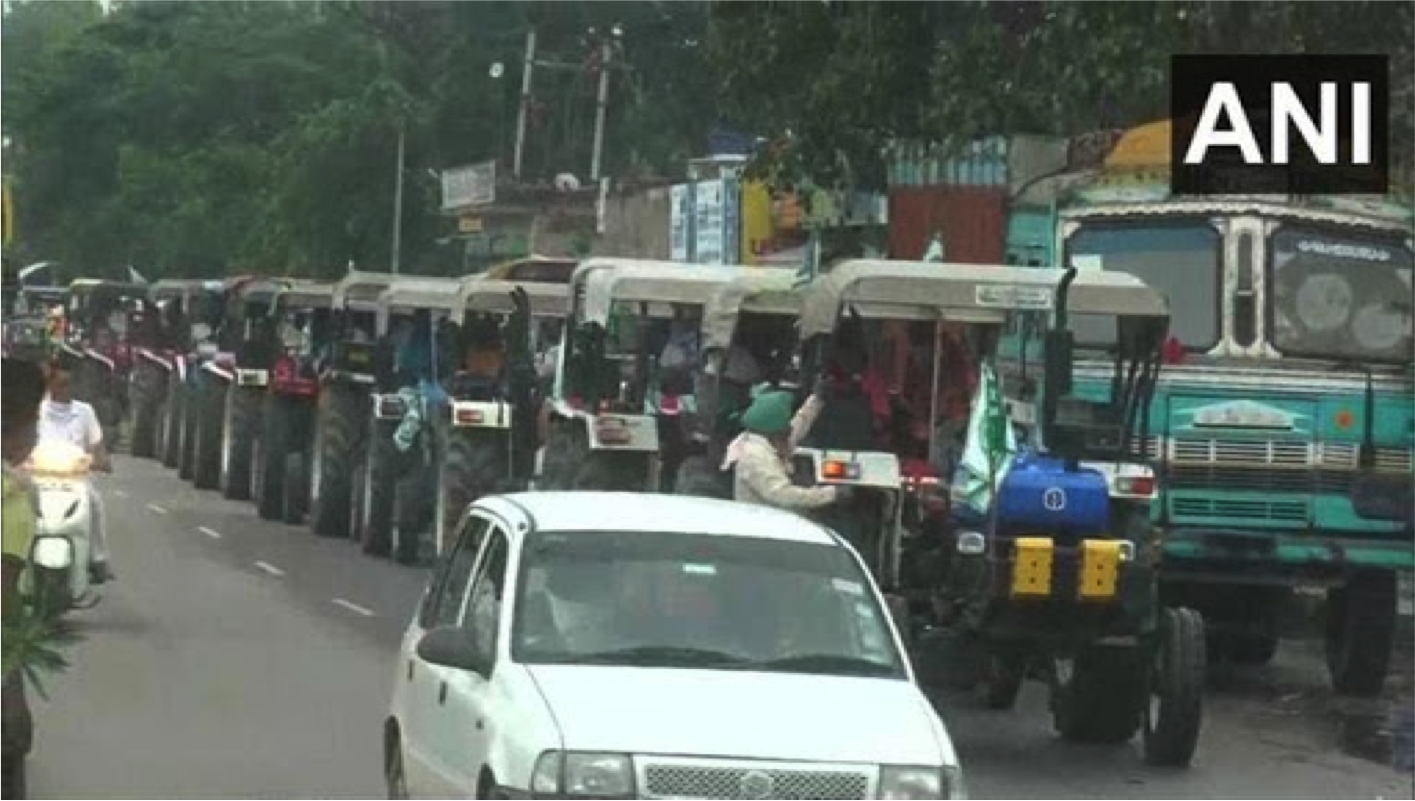 US economy is struggling to cope with the effects of the pandemic and the trade war with China and Mexico. Trump government is trying to strike a limited trade deal with India to save face during their presidential elections. There has been a sharp decline in dairy prices in US following tariff barriers put up by China and Mexico. There is a huge stock pile of Cheese in the USA now.

Devinder Sharma an agriculture and policy expert asked the minister Mr Piyush Goyal to have an inclusive approach while drafting the FTA. There are chances that experts in the country might give better plans. Also read Indo-US FTA : What’s in it for Indian dairy farmers ?

There is a fear in the heart of Indian agriculture experts that this limited trade deal may pose unlimited threats to millions of Indian farmers. Farmers in Haryana, Punjab and Rajasthan have been demonstrating and demanding reinstate of MSP as their legal right. This week they made a symbolic protest while driving their tractors. They handed over memorandums against the ordinances to district officials. The Government is yet to respond to the protests. Also read “Time is an illusion, Timing is an art “

Easing out market access in the Indian Dairy sector for US products is the major clause in the deal. The US dairy industry is facing problems and prices of milk has crashed. The closure of HORECA segment is pushing the dairy players in the US to look for exporting their stocks to huge markets like India.

Earlier, India had refused to join the RCEP (Regional Comprehensive Economic Partnership), a grouping of 15 countries last year. Trade agreement with RCEP would lead to dumping of dairy products from Australia and New Zealand and affect adversely India’s dairy farmers was then the reasoning offered. But now India is finding it difficult to say no to maintain its stand to not to allow dairy imports. Also read Let’s try something wrong

India wants the US to reinstate GSP status for Indian products and shrimp exports. The US had so far refused to heed to this. Partial releif through concessional tarriffs are seen currently as an interim relief to India.

World milk price in July as per IFCN

As per Torsten Hemme Managing Director IFCN, Germany , currently milk prices and cheese prices in the USA have sky rocked. They are much above the level of February. They are also above the world price and the India prices. This means that currently in a free trade scenario india dairy farmers could have benefited as their dairy products are by far more competitive. This would have then increase the india farm gate prices. Of course all depends on Indian dairy farmers cost comptetiveness and india dairy prices vs world and USA. This is what IFCN is monitoring.

IFCN estimates the world milk price(4% fat, 3.3% %protein) at a level of 37 Us$/100 kg or 27.4 Rupees/kg milk. Considering that India’s cow milk has lower content than 4%fat, 3.3% protein this means that the IFCN world milk in india cows milk content can be see as high as 30 rupees/kg milk. However the dairy commodities stock position within India would also have to be considered .

In this turbulent times when dairy farmers in different states like Maharashtra, Karnataka, etc are agitating for milk subsidy. The country is sitting over 200000 MT of SMP and almost half of that in butter stocks. Under this circumstances such move may prove to be fatal for already ailing dairy sector where milk prices have already gone down by around 15-20% in last 4 months. Cheaper imports from US may further reduce the milk prices in India in forthcoming flush season. Also read Is price subsidy the only option to support dairy farmers in Maharashtra ?