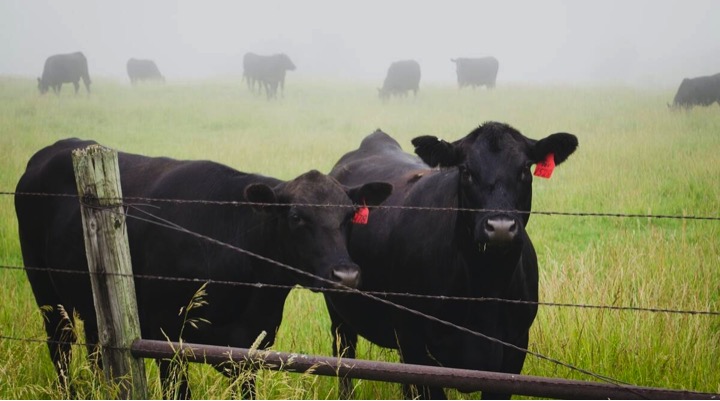 Africa’s livestock farmers are at the forefront of climate change.

Images of parched landscapes littered with the carcasses of starved cattle are becoming all too familiar as droughts increase in frequency and severity.

But cattle farming globally is also one of the causes of climate change. The world’s three billion or more ruminants – cattle, sheep and goats – produce methane, one of the most potent greenhouse gases, as a by-product of digestion.

All too often, discussions about climate change focus on the negative aspects of livestock production.

Another side to the story was heard at the COP27 climate negotiations in Egypt.

This is the first year that food and agriculture have featured so prominently. And there is a clear message: sustainable livestock farming can play a key role in reducing emissions, especially methane, and in delivering various environmental and social benefits.

The ruminant digestive system is responsible for 27 per cent of methane emissions from human activity.

And methane in turn contributes more than 15 per cent of the greenhouse gases released to the atmosphere.

Unlike the main greenhouse gas, carbon dioxide, which persists in the atmosphere for thousands of years, methane breaks down in about 12 years. That means that the benefits of reducing methane emissions today would be swiftly felt.

Livestock farmers will have a crucial role to play – and they can.

We are part of a global network of livestock experts who have identified strategies that could help farmers reduce their enteric methane emissions (a by-product of the natural digestive process occurring in animals) and, in some cases, improve their productivity.

We did this by analysing 430 peer-reviewed papers about reducing enteric methane emissions from livestock.

Most of the projects featured in the meta-analysis responded to the need to tackle climate change. Of the 98 strategies described in the papers, we identified eight which were particularly promising.

In contrast, the other five strategies lowered the enteric methane emissions per unit of milk and meat, and reduced the emissions per animal, without compromising animal performance. These the team called absolute emission strategies. Putting additives in livestock feed to inhibit methane production is one – but these additives also add to farmers’ costs.

The three product-based strategies would lead to an average 12 per cent decrease in enteric methane per unit of milk or meat and an increase in animal productivity by a median of 17 per cent.

The five absolute emission strategies would decrease daily enteric methane emissions by an average of 21 per cent.

The team calculated that globally, 100 per cent adoption of the two most effective strategies, one from each category, would enable the livestock sector to meet the target of keeping global warming below 1.5°C by 2030.

Unfortunately, by 2050, mitigation efforts would be offset in low- and middle-income countries by relatively rapid population growth and the associated increase in demand for red meat and dairy products.

In most high-income countries, population growth is low, and per capita demand for livestock products is already high and unlikely to increase. Under a business-as-usual scenario, taking Europe as an example, enteric methane emissions from livestock would rise by only around 11 per cent by 2050.

On the other hand, under business as usual, with Africa as an example, enteric methane emissions would rise 87 per cent by 2030 and 220 per cent by 2050.

That is because in low- and middle-income countries, population growth is still high and per capita demand for livestock products is low and likely to increase. In short, it would be easier for high-income countries to meet the 1.5°C target than low-income countries. And their strategies would differ.

In major dairy-producing countries like the Netherlands, using the two most effective strategies could reduce methane emissions by 33 per cent by both 2030 and 2050. But farmers might demand incentives to include additives to animal feed, as the strategies would raise production costs but not productivity.

Our research suggested that employing the two most effective mitigation strategies would reduce the increase in enteric methane emissions from 87 per cent to 26 per cent by 2030 in Africa. That’s a significant improvement on doing nothing.

In most African countries, the focus would need to be on increasing feeding levels, decreasing forage maturity and adding some concentrate.

This would not only help to reduce enteric methane emissions per unit of product, it would also raise animal productivity. Clearly, additional strategies will be required if livestock farmers are to keep to the 1.5°C target.

Top-down approaches seldom work, so it will be essential to involve farmers, farming organisations, the private sector, governments and international agencies. While there is rarely a 100 per cent adoption rate for any strategy, we have tangible solutions to reduce livestock enteric methane emissions, while at the same time improving productivity and livelihoods in the places that need it most.

C Rangarajan explains why it is essential to contain domestic inflation