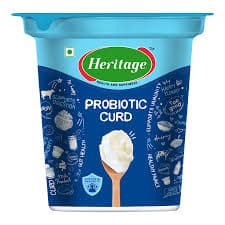 Will initially be available in Hyderabad, later in the rest of the country

Initially, Heritage Probiotic Curd will be available in Hyderabad. It will be launched subsequently in the rest of the country.

Brahmani Nara, Executive Director, in a statement said, “Probiotic curd strengthens our overall immunity boosting product basket and our consumers are pampered with a wide range of choice, be it in milk or curd. Probiotics has been widely used worldwide for not only its gut health benefits but in supporting the immune system.”

The Bifidobacterium strain helps to improve bowel function in adults with infrequent bowel movements and with reduced incidence of crying and fussing in babies too. It has a protective effect and can improve the immune system against certain diseases. While, Lactobacillus Acidophilus has a good effect on improving gut health, which ultimately results in healthy life.