Dairy Products In India: Where Does India Stand? 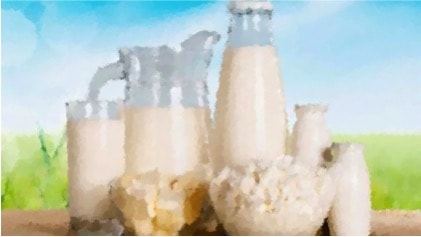 Dairy plays a crucial role in India’s food choices and local cuisines. From sweets, ghee, butter to pure milk and curd, it is consumed across the spectrum. India has emerged from a dairy deficient country to the leading milk producer in the world today, with estimated production of milk in 2018-19 at 187 million tonnes.

The National Sample Survey Office’s (NSSO) 70th round survey shows that 23 per cent of agricultural households with exceedingly small pockets of land, less than 0.01 hectare have reported livestock as their principal source of income. Dairy industry has thus emerged as one of the key alternatives available to the Indian farmer. It is inclusive in nature, and available for farmers across the financial spectrum.

India is world’s largest producer of milk since 1998

As per Department of Animal Husbandry and Dairy, India ranks first among the world’s milk producing nations since 1998 and has the largest bovine (cow, buffalo, etc) population in the world. Milk production in India during the period 1950-51 was 17 million tonnes, which has gone up to 176.4 million tonnes in 2017-18, and 187 million tonnes in 2019-20. This phenomenal success is attributed to the head start given by programmes such as ‘Operation Flood’ during 1970–1996, which focused on dairy development activities.

FAO (Food and Agriculture Organisation) has reported and increase of 1.46% in the world milk Production from 800.2 million tonnes in 2016 to 811.9 million tonnes in 2017. The per capita availability of milk in India was 130 gram per day during 1950-51, which has increased to 374 gram per day in 2017-18. These encouraging statistics represent sustained growth in the availability of milk and milk products for our growing population.

Owing to the success and potential of the dairy sector so far, the government has initiated various dairy development schemes, namely, National Programme for Dairy Development(NPDD), National Dairy Plan (Phase-I),Dairy Entrepreneurship Development Scheme(DEDS), Dairy Processing and Infrastructure Development Fund (DIDF). The budget of 2020-21 has advanced existing provisions to facilitate doubling of India’s annual milk processing capacity from 53.5 million tonnes (mt) to 108 mt by 2025. Other provisions include Kisan Rail through Public Private Partnership (PPP) arrangements. There shall be refrigerated freight trains as well. The government is also looking to eliminate “Foot and Mouth” disease, brucellosis bacteria in cattle and also “peste des petits ruminants” (PPR) in sheep and goats by 2025. There is also an increase in the coverage of artificial insemination from the present 30% to 70%.

Despite these initiatives, India’s dairy farm is facing numerous challenges

· The cattle has one of the lowest productivities in the world. As per Department of Animal Husbandry and Dairy, continuous focus on cross breeding has led to decline in the number of indigenous breeds which had better adaptability. The disease-resistance and feed efficiency ratio are on the decline. Crossbreeding has had limited success.

· There is a massive shortage of organized dairy farms, with a need for investment to make dairy industry at par with global standards. Improving productivity of farm animals is thus one of the major challenges.

· Globalization has created avenues for increased participation in international trade. However, along with-its stringent food safety and quality control standards have become stringent. A lot of food products have been banned from India. The dairy sector will also come under significant adjustment pressure to the emerging market and quality forces.

· As per Department of Animal Husbandry and Dairying, of the total milk production in India, 48 % milk is consumed at the producer level or sold to non-producers mainly in the rural area. The balance 52 % of the surplus is available for sale to consumers in urban areas. Out of this 52%, it is estimated that about 40 % of the milk sold is handled by the organized sector like cooperatives and private dairies, and the remaining 60 % by the unorganized sector. Lack of access to markets including lack of infrastructure for milk collection, transportation, and processing may act as a disincentive to farmers. Given the existing situation, they will not have any reason to adopt improved technologies or invest in quality inputs.

We have other issues as well over and above the ones listed. Some of them include lack of scientific livestock feeding practice, unavailable or expensive livestock healthcare, inadequate milk marketing facilities, and uncertain price of milk for producers, milk losses due to lack of cold chain facilities.

In this light, NITI Aayog in its document ‘Strategy for New India @ 75’ has come up with some suggestions for the government to heed. First of these suggestions is breeding of indigenous cattle with exotic breeds, mainly to address the issue of inbreeding. This will promote gene coverage and diversification, along with reduced diseases and greater resilience to climate change. Promote and develop “Bull Mother Farms”, that is, employing multiple ovulation and embryo transfer technologies. This will significantly enhance milk productivity through the supply of cattle with enhanced milk potential to farmers. Other suggestions include “Village Level Procurement Systems”, that is, installing bulk milk chillers, and facilities for high value conversion of milk are needed to promote dairy in states. The private sector should also be incentivized to create a value chain for dairy products at the village level. One can also take a cue from the Amul cooperative model under Dr. Verghese Kurian, which is relevant from 1946 till today.

The government is on the right track, but a lot needs to done. It is the need of the hour that we seek out expert advice and take note of suggestions like the NITI Ayog document.