Dairy Farmers begun throwing away their milk in Chattisgarh 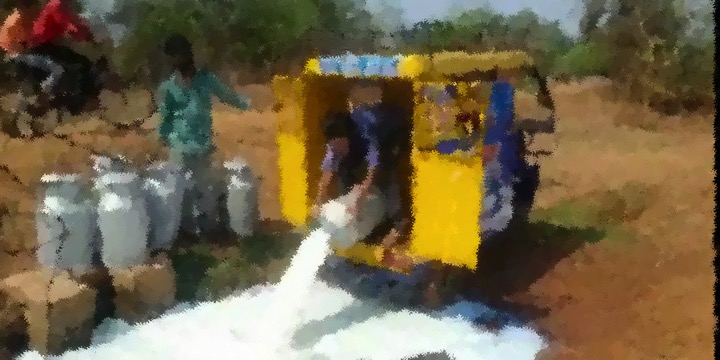 A joint decision taken by the dairy farmers in Chhattisgarh’s Balod district to throw away 1,500 litres of milk down the drain daily has invited wrath and criticism by the people even as the district administration stated that during the lockdown they are allowed to sell the milk at fixed hours.

Farmers of a local dairy group, ‘Ganga Maiyya Dairy Production and Processing Cooperative Society’ have so far dumped over 4,500 litres of milk costing nearly Rs 2 lakh during the last 3-4 days.

The quantity of milk recklessly squandered away is staggering the local population who strongly reacted to such colossal waste.

“This is absolutely unacceptable. The milk can be given to the patients at Covid care centres and hospitals and even to the needy persons”, said a local advocate Dheeraj Chopda.

The president of the society Kamlesh Gautam justifying the decision said that they have no other choice amid the ongoing Covid-19 lockdown.

“We are facing some restriction after the lockdown been imposed. We receive over 1500 litre milk daily from the dairy farmers and allowed to sell the milk only outside the counter. But we could barely sell around 150 litres. We don’t have any storage facility nor any scope to use of the remaining milk except to dump it in the drain or culvert”, said Gautam.

People are demanding the milk can also be distributed among those keeping the fast during Navratri and the month of Ramadhan. “While many poor struggling to get the food during the lockdown, the Balod administration should take cognisance of the such unwise act and make alternative arrangement to stop it”, said Uchit Sharma, a social activist.

The Cooperative Society with DoodhGanga’ as its mono came into existence in 2017 in the fast growing market of milk and its products in the Balod district with 9 lakh population. The successful concept was pioneered by the then collector Saransh Mittar.