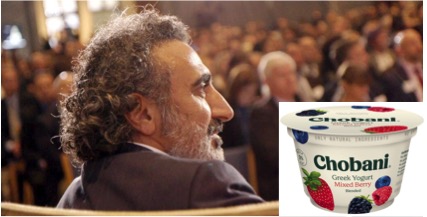 Greek yogurt maker Chobani is bringing social issues to the forefront through a virtual Child Hunger Summit and the “Moving Humanity Forward” documentary on refugees.

The Child Hunger Summit will take place Feb. 23, bringing together leaders from the non-profit, private and public sectors who are pushing for stronger public policies and creating meaningful private partnerships to help millions of children and families in need.

Chobani has long championed its belief that access to nutritious food should be a right, not a privilege.

“Our goal is to unite businesses, policymakers, and child-hunger advocates to take urgent action to address this heartbreaking epidemic. It is essential we do everything we can to ensure all children and their families have access to the food they need. We won’t rest until we end child hunger in America,” he said.

The documentary follows the lives of refugees who live in the Utica, N.Y., region and are employed by Chobani, showcasing the positive impact refugee integration in society has on business and communities. The film’s heart can be summarized by Ulukaya’s belief that “the minute you get a job, that’s the minute you stop being a refugee.”

“We must put social issues — our community, our people, in the center — and let profit come after. And it will come,” Ulukaya said in the documentary.

Chobani employees at its New York plant include people from Vietnam, Thailand, Myanmar, and Nepal, resettled as refugees often following violent and difficult experiences in their home countries.

“Moving Humanity Forward” will air on the VICE channel through the rest of February and is available online on ViceTV’s YouTube channel.