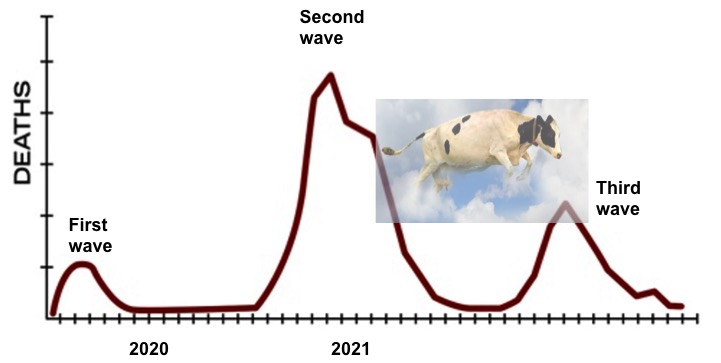 Petrol, Diesel, edible oil, groceries and now milk prices have also increased. Cost of food in India increased 5.01 percent in May of 2021 over the same month in the previous year. It is the highest rate in 6 months. The key food products like oils and fats (30.84 percent), non-alcoholic beverages (15.1 percent), fruits (11.98 percent) and pulses (9.39 percent) recorded the biggest increases. This month milk will also give its small contribution to the big inflationary pressure on a common man.

Indian dairy industry is holding the highest levels of stocks of SMP and butter of all times . Farmer’s milk prices in most part of the country was again reduced during the second wave. So the current increase in retail milk prices looks like an insurance against something inevitable. We are 125 days away from Diwali which is considered as a true balancer of SMP and ghee stocks. Old stocks gets depleted and the industry starts to produce new stocks during the flush in winters. Diwali is also known to fuel the prices of these commodities so that every one who stocked it , makes good money. A true win win position.

Diwali and prosperity in dairy

The market prepares itself for Diwali in two phases. The first phase begins around a month before Rakshabandhan which falls on August 22nd this year. Diwali will be celebrated 74 days after Rakshabandhan. So these 100 days starting from the last week of July will decide the fate of dairy industry this year as well as set the tone for the prices and demands for next year. Second wave is waning fast but the certainty of the 3rd wave and uncertainty of its time is keeping dairies on-edge.

Most of the researchers as well as astrologers are anticipating the third wave to come in September 2021. There are four possible scenarios which could happen. Apart from the third wave not coming at all, it could either come before Diwali or after Diwali. The most vulnerable scenario is this third wave coming before Diwali and that too in September. The wrath of the second wave otherwise also is going to have a great impact on the demand sentiment during Diwali. So what should be done ?

I think this is high time for the government to create a Buffer stock of SMP in the country which could later be used under Food and nutritional security of BPL families, school children and vulnerable populations . It could be used as a generous gesture of our government to support other countries during any natural calamity through donations.The creation of such buffer will at least clear off some old stock and motivate the industry to buy more milk from the farmers.

The government has again announced a Covid relief package of Rs 6.29 lakh crores. However I was unable to find anything for dairy sector in it. There are so many farmers centric areas wherein the government could offer relief to the dairy industry. They may listed as follows:

First wave of pandemic was a natural happening and second and more such waves will be our response to that. It is time for the dairy industry to optimise their costs and improve efficiencies. We can no longer survive with costliest raw milk and inefficient operations.

It is also time to follow the Covid protocols and get the complete staff vaccinated.