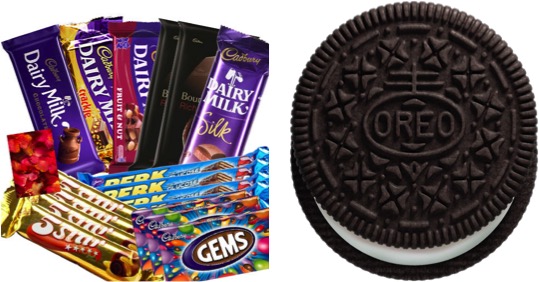 Confectionary major Mondelez on Wednesday said it expected some pockets of disruption in India, amongst its key markets, because of the surge in Covid-19 cases over the past one-and-a-half months. The firm, which follows a January-December accounting calendar, is best known for chocolate brand Cadbury and biscuit label Oreo in India.

“India delivered extraordinary gro­wth underpinned by great execution and robust consu­mption in chocolates and biscuits in the March quarter. On a two-year average, India’s growth was double-digit and higher than pre-Covid levels. At the same time, we’ve seen near the end of the (March) quarter and into the second (June) quarter a big rise in cases driven by religious festivities, state elections, and probably some fatigue,” Van de Put said.He admitted that western India had seen a mid-single-digit sales decline in the March quarter, triggered by softness in demand for candy products, though biscuit consumption remained strong.

India reported its biggest-ever spike on Wednesday, with 360,000 new Coronavirus cases and over 3,000 deaths. The country is likely to touch its Covid peak only next month, say experts, implying that everyday challenges for consumers and businesses will remain for some time as curbs to curtail the virus are intact.

In-home consumption has continued to tick up for food majors since the start of the pandemic last year, as stay-at-home consumers turn to trusted brands for their needs. Nestlé India and Britannia Industries, both key food companies, reported an 8.5 per cent and 9.2 per cent year-on-year revenue growth, respectively, for the March quarter, led by in-home consumption in urban areas and rural sales growth. However, the two firms remain circumspect about short-term challenges, triggered by the pandemic.

Van de Put said that lockdown restrictions had not affected all parts of India yet. “At the moment, 10 per cent of the population in India is under severe lockdown. These restrictions do not materially affect access to our products. But if these restrictions were expanded, it could give us some pockets of disruption,” he said. Apart from chocolates, biscuits, gums and candies, Mondelez markets beverages such as Bournvita and Tang in India. Globally, it has a wide array of products across categories, which it is likely to get into India, based on its assessment of market potential and growth.

In the past few months, the company has launched cakes under the Cadbury umbrella, strengthened its biscuit portfolio and test-marketed breakfast cereals in select states. The endeavour is to find new snacking options as consumers seek safe eating options.