Brucellosis is a new threat to health in China 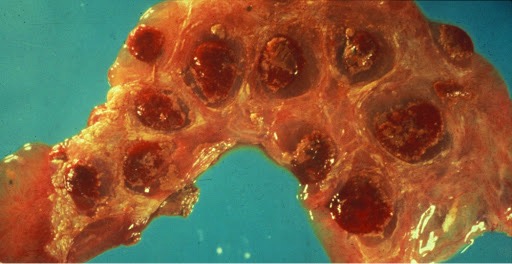 After the COVID-19, reports about an outbreak of another disease called brucellosis have surfaced in China. It has been caused due to a leak of waste gas containing bacteria, contaminating the air.

According to Times of India, a biological pharmaceutical factory used expired disinfectants and sanitisers in the process of manufacturing Brucella vaccines for animal use. What happened was the factory in July and August could not properly remove all the bacteria from the waste gas, leading to the outbreak of brucellosis.

Brucellosis was a common disease in the 1980s in China, but with the development of vaccines, it has been receding or declining. In the past few decades, some countries across the globe have witnessed the outbreak of brucellosis.

Bosnia in 2008 took to culling sheep and other livestock after 1,000 people tested positive for the disease.

The disease has started expanding its footprints in China with more than 3,000 people contracting it in Gansu province. More than 21,000 people have tested positive for brucellosis in the capital city of Lanzhou.

It is also known as Malta fever. The common symptoms of brucellosis include muscle pain, fever, fatigue and headache. Apart from these, people infected with the disease may suffer from arthritis or swelling in certain organs, recurrent fevers, inflammation of the heart (endocarditis) and spondylitis.

In the early stages, it is hard to detect as patients usually catch flu. However, if someone has been experiencing persistent and rapidly rising fever, muscle pains and unusual weakness, he should visit a doctor.

According to the Centers for Disease Control and Prevention (CDC), brucellosis rarely transmits from human to human. In Lanzhou, those who consumed contaminated food or breathed in air replete with the bacteria contracted the disease.

To keep the disease at bay, people should avoid having unpasteurized dairy foods. They also should wear gloves, vaccinate domestic animals, take precautions at the workplace and cook meat properly.

Those who work at animal farms or slaughterhouses are at high risk of infection. Veterinarians and ranchers should also take precautions while executing their work.