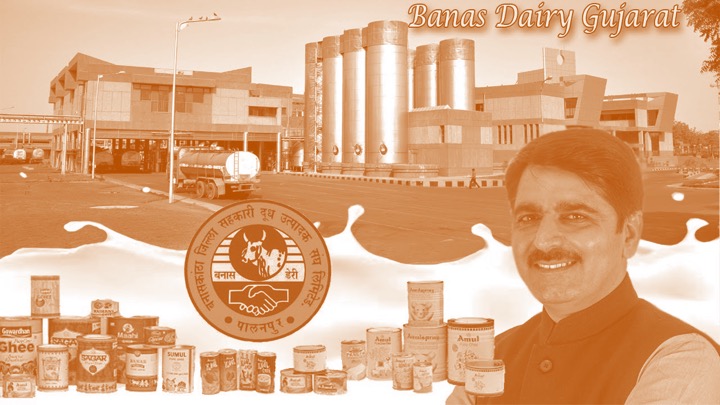 The Banaskantha District Co-operative Milk Producers’ Union Ltd popularly known as Banas Dairy has announced an incentive of Rs 1,132 crore. That would be distributed among 5.5 lakh farmers who are members of the dairy cooperative.

The announcement was made by dairy chairman Shankar Chaudhary; after the 53rd Annual General Meeting (AGM) of the dairy cooperative on Wednesday in Palanpur, Banaskantha.

Chaudhary said that the incentive will be paid next month and each farmer will get a little over-Rs 2 lakh. And a part of which will be deposited directly into their individual bank accounts.

He explained that out of the Rs 1,132 crore incentive to be paid to milk producers associated with Banas Dairy. And Rs 1,007 crore will be paid as milk-procurement price-difference, while Rs 125-crore will be in the form of debentures. The price difference works out to be 14.18%.

Chaudhary further said that Rs 833 crore was paid to milk-producers every month and is credited directly into their bank-accounts.

In addition to the financial incentive during a pandemic time; Chaudhary also announced enhancing of accident insurance cover from Rs 30,000 to Rs 1 lakh for Banas Dairy affiliated cattle farmers. The premium for the insurance cover will be paid by the dairy

To boost savings on electricity; Chaudhary announced a solar power plant which will bring down power cost by Rs 200 crore annually. He also told the members about a new dairy plant coming up at Sanadar in Banaskantha that was in the advanced stage of construction.

At the start of the millennium Banas Dairy’s turnover was around Rs 370 crore which currently stands at Rs 13,000 crore, said Sangram Chudhary, in-charge managing director of Banas Dairy.