Amul, Mother Dairy milk prices up Rs 6 per litre this year-Know Why ? 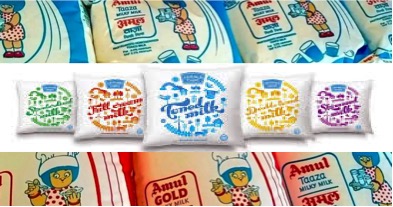 Milk prices have increased by Rs 6 per litre this year with the leading milk suppliers Amul and Mother Dairy increasing their prices Rs 2 each in March, August and October. Gujarat Cooperative Milk Marketing Federation (GCMMF), which markets milk under the Amul brand, has hiked the prices of Amul Gold (full cream) and buffalo milk by Rs 2 per litre each across all markets except for Gujarat on October 15. Now, a litre of Amul Gold costs Rs 63, up from Rs 61 per litre while the 500 ml pack will cost Rs 32 against Rs 31 earlier. Buffalo milk prices have been increased from Rs 63 per litre to Rs 65 per litre.

Mother Dairy also announced an increase in prices of full-cream milk and cow milk by Rs 2 per litre in Delhi-NCR and some other markets in North India with effect from October 16. Mother Dairy’s full-cream price has been revised to Rs 63 per litre from Rs 61 per litre while the cow milk rate has been hiked to Rs 55 per litre from Rs 53 per litre. The Punjab State Cooperative Milk Producers Federation Limited (Milkfed), which sells milk products under the Verka brand, has increased milk prices by Rs 2 per litre with effect from today.

There are multiple reasons behind the continuous price rise that includes a rise in milk procurement costs, increasing fodder prices and rising transportation costs.

Fodder Prices: Fodder prices in the country have risen to a nine-year high due to extreme weather conditions that led to crop damage. The wholesale price index or WPI-based fodder inflation rate stood at 25.54 per cent in August 2022. This is the highest in the past nine years. The fodder prices directly impact the milk prices and meat prices as feeding the cattle gets dearer. If the prices are not increased, it’s the farmers who will bear the losses. Since farmers spend more on feeding their cattle, the input cost affects their profit margins. Thus, they increase the selling price of raw milk. Amul and Mother Dairy procure raw milk and process it before packaging.

According to reports, stubble burning also contributes to fodder shortage. For the novice, fodder prices are almost similar to food grain prices. According to reports, the price of wheat per quintal is Rs 2,200 while dry fodder costs Rs 2,000 per quintal. The price of mustard oil cake has also almost doubled as it cost Rs 3000 per quintal, up from Rs 1600 per quintal earlier. Rates of green fodder have shot up by over Rs 20,000 per acre. Wheat straw or dry fodder which was around Rs 5-7 per kg is now being sold for around Rs 15-16 per kg in many places.

Milk price goes up by ₹1 per litre in Dharwad region