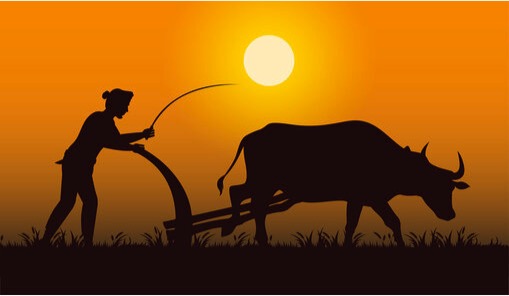 Agronomists have strongly recommended that farmers should be able to make a profit (share) on the commodity produced by their crops even after selling their crops in the market.

They cited the sale of Amul milk as an example where farmers are getting a share in the sale of sweets, yoghurt and other beverages, produced by the dairy company. They believe that similar approach needs to be adopted for all agricultural products, to ensure remunerative prices and financial security to farmers.

Experts from various States across the country participated in a national seminar on ‘Role of Civil Society for Paradigm Shift towards Structural Changes for Sustainable Agricultural Value Chain: Opportunities Ahead’ held at Centre for Good Governance (CGG) in Dr MCR HRD Institute campus here on Saturday. They discussed on the need to take steps and ensure the economic well-being of farmers and the formulation of policies to be followed.

Speaking on the occasion, Telangana State Planning Board vice-chairman B Vinod Kumar lauded the vision of Chief Minister K Chandrashekhar Rao in restoration of tanks and other water bodies.
As a result, Telangana contributed 56 per cent to the total paddy procured by Food Corporation of India (FCI).

However, he felt that the State is likely to face a problem of paddy glut. He urged the participants to suggest measures to build sustainable agricultural value chains in Telangana State. He lamented on the decline of acreage in pulses and oil seeds in Telangana state and suggested that farmers should be encouraged to take up crop diversification.

Agriculture Secretary M Raghunandan Rao emphasised the need to make the farmer as the centre point of agricultural interventions. While presenting the profile of Telangana agriculture sector, he mentioned that Telangana’s contribution was 9.9 per cent to the national cereal production and 7.2 per cent to the national pulses contribution. He mentioned that irrigation and power contributed to the success story of Telangana’s agriculture sector. He highlighted initiatives such as Agri-Hub, Saagu-Baagu, Telangana Agricultural Market Intelligence Unit and Urban Farming of the Telangana State government.

Speakers at the meeting suggested for setting up more Farmer Producers Organisations (FPOs) at all possible places to get remunerative price for agricultural produce. They recommended that farmers should work collectively to encourage farm mechanisation, innovate in crop cultivation and earn better price.

They called for organising awareness seminars across the country in the coming days to bring the recommendations of the conclave into practice and all steps will be taken to increase pressure on the Central and State governments to this end. They also welcomed the innovative programmes being implemented by the Telangana government for farmers and appreciated efforts of Chief Minister K Chandrashekhar Rao in this direction.