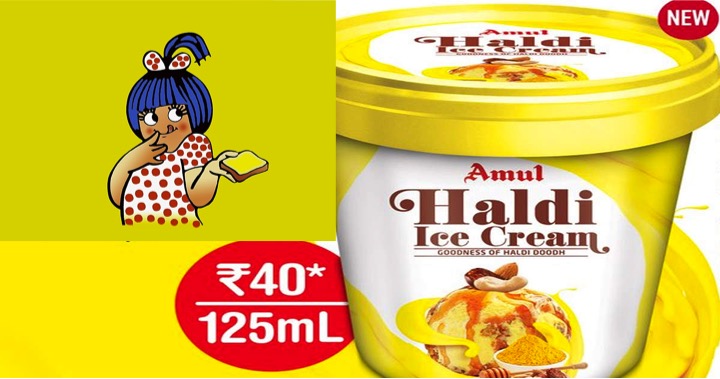 The new Haldi (turmeric) ice cream is the latest addition to the brand’s ‘immunity’ line of products. In June, Amul had announced the launch of its ‘Ginger’ and ‘Tulsi’ variants of flavoured milk in order to boost immunity amid the COVID-19 outbreak. Also read Amul Launches Ginger and Tulsi milk in Corona times

Turmeric is a proven immunity boosting super-food. Ministry of Ayush also recommends use of Haldi, ginger, tulsi etc for improving immunity . Use of haldi in milk is very common since ages in Indian culture.

Prior to the ‘Ginger’ and ‘Tulsi’ variants, Amul had already launched its variant of Haldi Doodh. Amul’s rival Mother Dairy soon followed up by launching its own ‘Haldi Doodh’ drink. Amul is now continuing with launch of new product every fourth day. Also read Amul sets record by launching 1 product every 4th day in last trimester

However, Amul isn’t the first dairy brand to try out the turmeric ice-cream. Dairy Day, a relatively smaller dairy brand had already launched its Haldi ice-cream in June. It was also accompanied by a Chyawanprash variant.

Amul’s Haldi Ice cream is priced at Rs 40 for a 125 ml cup. As Mr R S Sodhi in his tweet, it contains ingredients like turmeric, milk, honey, pepper, dates, almonds and cashew.